Discount retailer B&M recorded a double-digit improvement in sales for the first half of the 2019/20 financial year.

The period saw B&M open 54 new outlets, leaving them with a 645 stores across the country with more openings planned in the second half of the year. 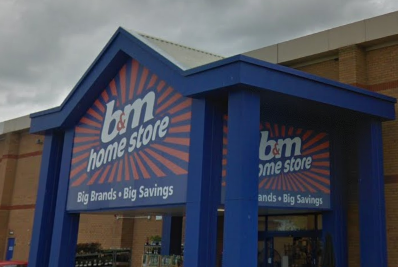 Profits for the group were down as poor performance from the Jawoll business in Germany led to an adjusted pre-tax profit drop of 2.8 per cent to £96million.

Pre-tax profit was down 70.5 per cent to £32.2milllion with an impairment charge of £59.5million on the Jawoll operations.

Chief executive Simon Arora, said, "We have delivered a solid overall first half performance driven by our core B&M UK stores business which constitutes 86 per cent of Group sales.

"The core business has made a solid start to the second half of the financial year. Heron Foods has continued to grow in the UK and we remain very pleased with the overall progress of that business.

The performance of Jawoll has continued to be impacted by trading and operational issues and its financial performance remains disappointing.

"The Board is carrying out a strategic review of Jawoll in order to determine its future.

"We are well placed for the golden quarter in our main B&M UK stores business.

"Despite the continued uncertainty in the economic environment generally, we are very proud to say that each of the top five store opening days in our history have all been in stores we have opened in the last 12 months."

They also have outlets on Kingsditch Retail Park in Cheltneham and on Hyams Road in Lydney.