Just days after Euan Hoskins was born, his parents James and Carys knew something was not quite right.

He was unwell and his skin was looking a little yellow so, at his routine heel prick blood test, they asked for a jaundice test to be taken to look at whether his liver was working properly.

The results showed Euan needed urgent treatment and he was diagnosed with the very rare genetic Galactosemia, which is found in only about 15 babies a year in the UK. It is where a person is missing an enzyme, which means they have problems digesting a type of sugar called galactose, found in milk. If untreated, it can lead to potentially fatal blood infections.

Almost 18 months on and James is embarking on an epic long distance run to raise vital funds for Cheltenham and Gloucester Hospitals Charity. The money will be used to buy new jaundice meters to enable midwives to diagnose the condition faster in Gloucestershire. 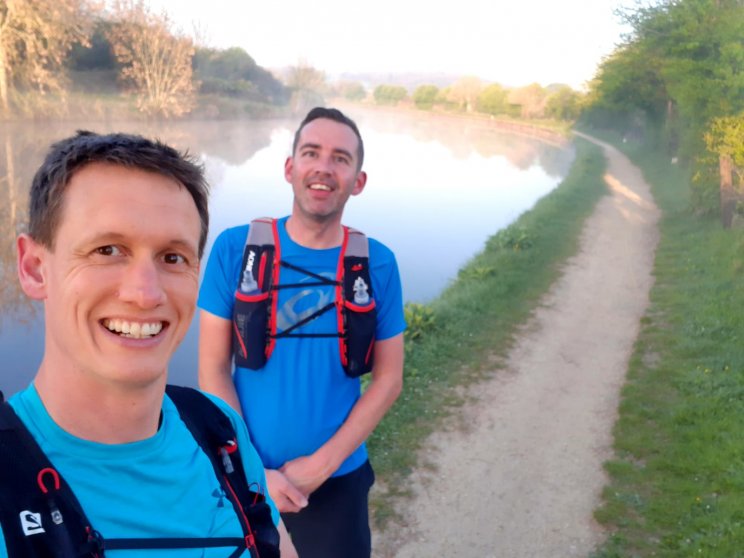 He and his running partner Tom Fanthorpe are taking part in the 100km Thames Path Challenge this weekend (7th and 8th September).

As part of their training, they have already completed 12 gruelling back to back parkruns across Gloucestershire in just one night. They finished at the Kingsway parkrun close to the family home in Quedgeley.

James, 35, who works as an accountant at Gloucestershire College said: "I've done some half marathons and smaller runs before, but I have never taken on such a big challenge. We are training hard and are determined to raise as much as we can to help fund these instant jaundice meters that could help more babies in the future.

"It is also our way of saying thank you to the staff at Gloucestershire Royal, the community midwives and the special care baby unit for everything they did for us."

Carys, also 35, will be there cheering on James along with Euan and his big sister Elsie, aged four.

"Since Euan was born in April last year, we have received so much fantastic care and support in Gloucestershire and also at Bristol Children's Hospital. Because his condition is so rare, there is still a lot to learn about its long-term effects, but Euan is doing really well.

"We are really proud of James for what he is doing and hope to raise at least £1,000 towards this much-needed equipment."

The jaundice meters costs £5,000 each and a further six are needed for the Gloucester area. This new technology gives an instant reading of jaundice levels by just pressing the meter against a baby's skin rather than them having to go through a painful blood test.

Richard Hastilow-Smith, head of fundraising, said: "These meters are a vital tool for community midwives to help diagnose high jaundice levels at the earliest opportunity, enabling new babies to be treated faster and given the best possible chance of preventing any serious illness.

"Thanks to the generosity of the public, we have already been able to fund a number of these meters across the county but there is still a demand for more across Gloucestershire and we are so grateful to the Hoskins family for all they are doing to help. We wish James the very best of luck on his epic challenge."