Gloucestershire police have revealed that keeping the constabulary's horses will cost them around £168,000 this financial year. 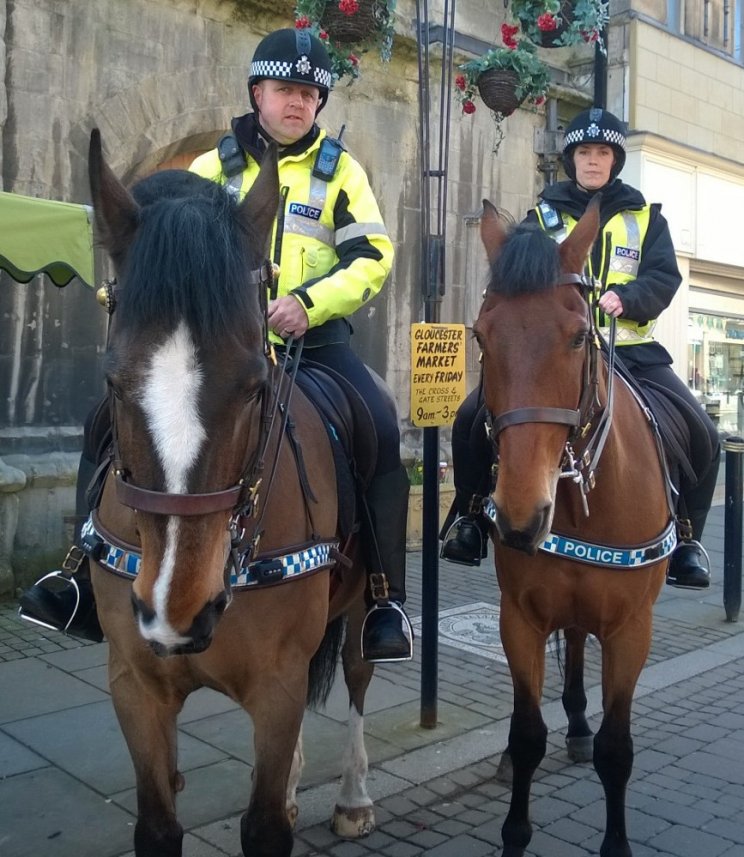 A new report undertaken for the Office of the Police and Crime Commissioner (OPCC) also states that extra investment is needed to make the horses more cost effective and maximise their potential.

The future of police horses in Gloucestershire is undergoing a long-awaited review in line with an election promise made by the new Police and Crime Commissioner Chris Nelson, who was came into office in May this year.

There are currently six horses and six officers based at Highnam Court. The plan is to stable them at Bamfurlong, near the M5 and the airport, when it's been redeveloped.

The mounted officers are used to police the night-time economy, for public disturbances, neighbourhood policing, intelligence gathering and civic events.

When the PCC has studied the new report, he will reach a decision based on Chief Constable Rod Hansen's operational requirements and on whether the section helps the PCC deliver on his manifesto promises to cut crime and reduce anti-social behaviour.

The unit was set up following a study commissioned by the National Policing Mounted Working Group and led by the University of Oxford and RAND Europe in 2016. Following an 18-month trial, the section was made permanent in 2018. 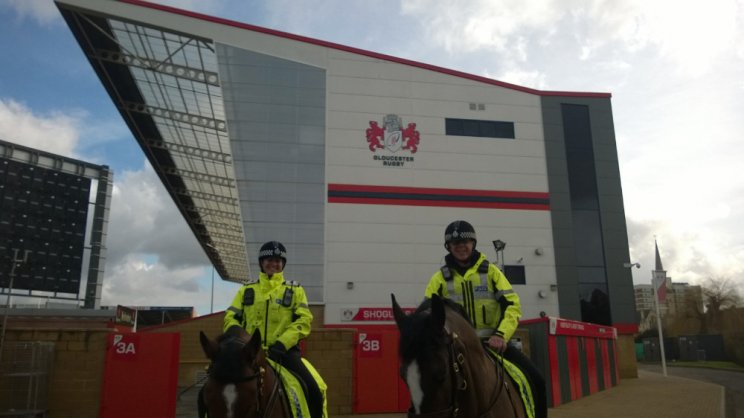 Mr. Nelson said: "I know there are many who are of the opinion that the money devoted to the mounted section could be better-spent elsewhere, but there are at least equal numbers in favour and I have to keep an open mind."

Reviving the police section was, perhaps, one of former Police and Crime Commissioner Martin Surl's most controversial decisions.

Many opposed the move as being a waste of taxpayer money for an area like Gloucestershire.

Mr Nelson maintains he is keeping an open mind on the matter. He said: "At first glance, there are pros and cons for both sides of the argument, but I don't believe in making decisions based on knee-jerk reactions. I much prefer to study the data and then reach an informed decision based on the facts.

"There is compelling evidence that horses have a positive role to play in improving neighbourhood policing, which is key to my policy of zero tolerance towards anti-social behaviour. I will be discussing all elements of the report with the Chief Constable to ensure that whatever decision we reach, will help me deliver on the promises I have made in my manifesto."

The report suggests one way of funding the unit might be to get sponsorship, as well as hiring out the mounted police to other forces.

Punchline has in the past argued there must be better and more effective ways to spend the precious police budget.