South Gloucestershire and Stroud College have agreed a new partnership - with one of the world's biggest companies.

The college that has campuses in Stroud, Berkeley Green and Bristol have been announced as a Microsoft Showcase College for the forthcoming year. 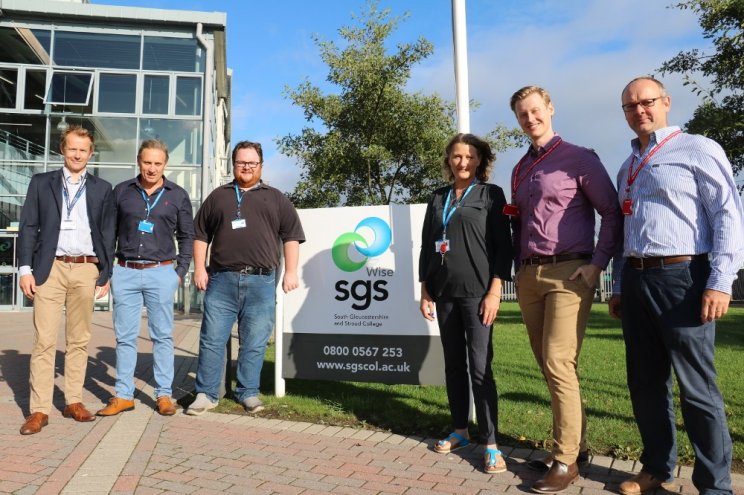 He flew in from the global computing and software giant's base in Seattle to support SGS College's new Digital Learning Environment, which is built around Microsoft Teams.

SGS College is the first in the nation to adopt Microsoft Teams, as it bids to give its students the perfect preparation for work environments they will face upon graduation.

Head of Digital and Professional Development at SGS, Simon Kay said: "Our aim is to really provide young people with the skills they need to move as seamlessly as possible into jobs and contribute to the local economy - this new initiative will help to achieve that aim.'

As part of his visit Dominic Williamson met with both students and staff to discuss how Microsoft could improve their products to support the learning environments that Microsoft provide.

Mr Williams added: "I was very impressed. It's clear SGS and the staff have been very thoughtful about the approach to transitioning to Teams.

"SGS have taken excellent steps to be in the position they are now."