The countdown to Christmas may have started after retail sales in September saw the largest monthly growth for almost 11 years. 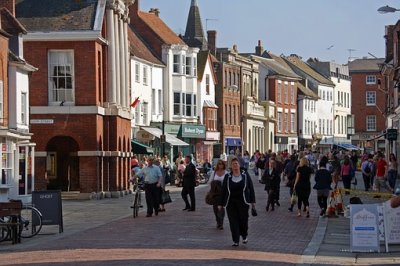 Figures from the British Retail Consortium showed total sales were up 5.6 per cent in September, the highest figure since December 2009 (without spikes due to the move in Easter dates).

And BRC chief executive Helen Dickinson believes the figures, which compare to an average monthly decline of 1.1 per cent over the last six months and one per cent over the past year, believe festive preparations may have started early.

She said: "With office workers still at home for foreseeable future, the sales of electronics, household goods and home office products have remained high.

"September sales have also given retailers early signs that consumers are starting their Christmas shopping earlier this year, which retailers are encouraging their customers to do in order to manage demand at Christmas and keep people safe."

Despite the monthly increase, non-food sales were down 12.3 per cent in stores over the past three months - although even that is an improvement on a six-month average decline of 29.6 per cent.

Non-food sales increased 3.2 per cent over the past three months while online they were up 36.7 per cent.