A campaign group is calling for action over pollution of the River Wye by intensive chicken farming. 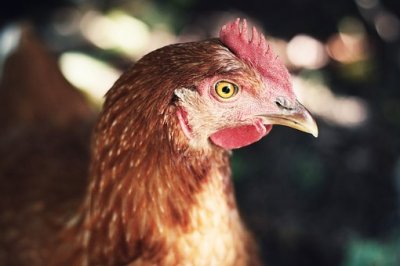 Campaign group River Action is calling on two companies that supply retailers like Tesco to address the issue of phosphate run-off caused by thousands of tons of chicken waste used as manure which washes into the river.

River Action is concerned at the declining 'ecological health' of the River Wye since the area has seen a rapid growth in intensive chicken farming.

As well as the chicken manure spread over the land in the catchment, many of the region's free range egg farms have open drains which run directly into watercourses.

Water quality monitoring conducted by environmental groups and NGOs across the River Wye catchment has revealed excessive phosphate levels across the river system which are thought to be caused by these intensive agricultural practices.

According to research by Natural Resources Wales, over 60% of the River Wye catchment is failing to meet pollution targets, with phosphate levels leading to large growths of algae which suffocate river life.

There are an estimated number of chickens in excess of 20 million in the Wye catchment.

Charles Watson, River Action founder and Chairman, said: "If the River Wye is going to stand a chance of ecological survival it is simply essential that immediate plans are implemented to remove from the river catchment the huge quantities of phosphate-rich chicken manure produced by Avara's supply chain.

"At the same time we await Tesco's response to our enquiries with great interest. As a world class food retailer committed to the highest environmental standards of supply chain compliance, supplying own-branded products that have been procured from such an environmentally dirty production process is not sustainable."

In 2019 the company invested £6.5million to increase the rate of meat production. A sister site across the border in Hereford can now increase its production by an extra 100,000 chickens a week - a mind-boggling 5.2million birds per year.

Avara employs more than 6,500 people at ten sites across the UK.