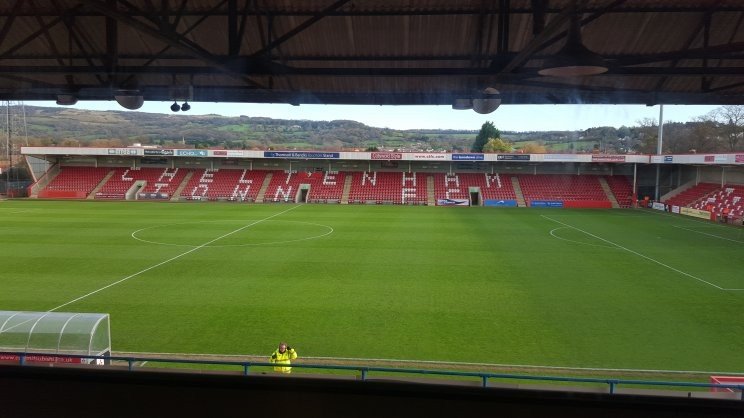 And in a message to supporters from the board on their website, the club said it was supporting the campaign to allow the return of crowds to football.

Outlining the potential £1million loss, the statement said: "We are continuing to meet all our liabilities in full but our cash reserves are depleting fast.

"Not many football clubs appear to have cash reserves at so we are probably in a better position than some.

"It's easy to see that a club like Cheltenham Town could survive very easily with the kind of cash injection the Premier League would barely even notice."

Fans have only been able to attend a handful of games this season, including one match at Forest Green Rovers, as part of a trial which was suspended when increased coronavirus restrictions were introduced.

The Robins statement said: "We are continuing to support the lobby from all the football authorities towards allowing the return of crowds to football.

"We have worked extremely hard to do it in very difficult circumstances and at great cost because for the last three months, we have received no assistance from the Job Retention Scheme yet we have had to pay the players and staff in full."

It continued: "A partial return of supporters would not have solved the problems but it would certainly have helped, both in terms of ticket sales and reopening commercial revenue streams.

"Football was unfortunate to be on the verge of a return to crowds just as the infection rate began to rise again but there is a united view throughout football that the sport has been treated unfairly."

The club said football at all levels needs to come together to protect itself from the economic damage created by the pandemic.