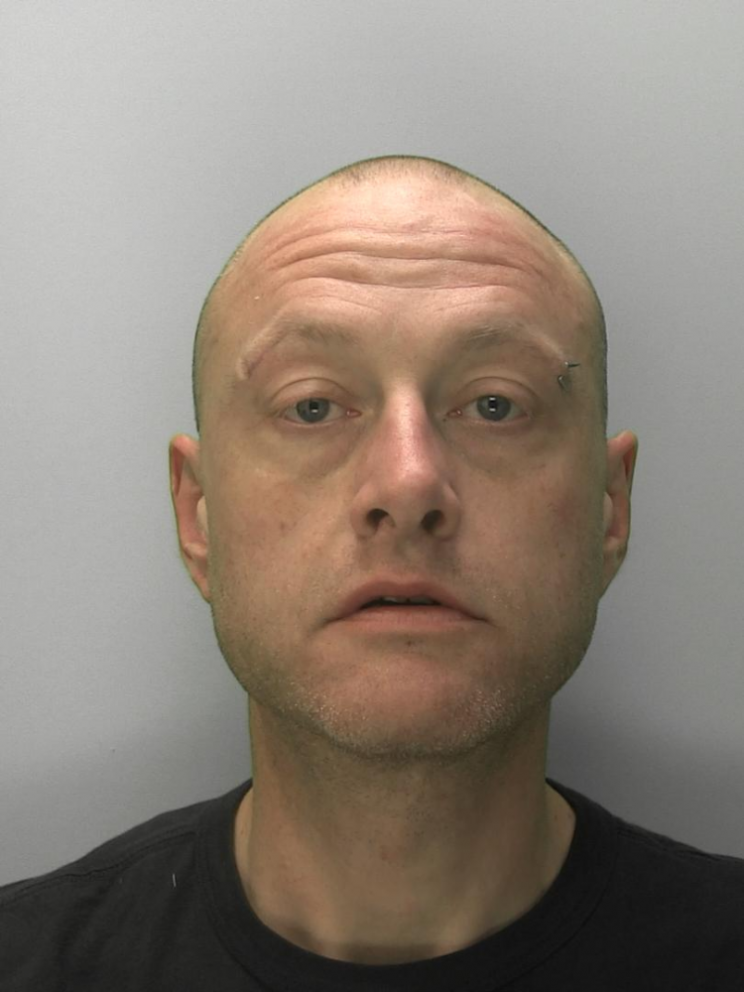 A Cheltenham B&M store worker has been left traumatised by a would-be robber who grabbed her arm and demanded money from her till, a court heard.

Benjamin Leech, 39, scratched Sue Hopson's arm before fleeing the story empty handed when she bravely refused to open the till for him.

Undeterred by his botched robbery, Leech went to a McDonald's restaurant just an hour later and grabbed £62 from a till - only to be thwarted by staff who followed him and called the police, even though he threatened to stab them.

At Gloucester crown court today Leech, of Tewkesbury Road, Cheltenham, was jailed for two years after he admitted attempting to rob Ms Hopson on 9th May last year and burgling McDonald's on the Kingsditch Retail Park on the same day.

Prosecutor Michael Hall said Leech went up to Ms Hopson's till in the B&M Bargains store and asked her to open it. She bravely refused.

"When she refused a second time, the defendant grabbed hold of her arm and squeezed it, causing her pain," Mr Hall said.

"The hold was very firm. She thought it lasted less than a minute - CCTV shows it was 15-16 seconds. During that time she felt very fearful.

"She still didn't oblige him by opening the till and he left the store. On his way out he took a bottle of Cactus Jack drink with him.

"At 7.30pm that same evening he visited the McDonald's. Again, there is good CCTV of what took place.

"He hovered around for a while and then when went behind the counter and seized the float of £62. Two members of staff were alerted and followed him.

"At one point he threatened to stab them and he put his hand in his pocket and took hold of the neck of the Cactus Jack bottle. They were fearful about that. Police were called and arrested him. He said he couldn't really remember the events that took place."

Mr Hall said Ms Hopson had made a victim impact statement saying she now feels very nervous serving men in the store and tenses up when they come close or accidentally touch her as they pay.

"On the bus I don't want anyone to sit near me, especially if it's a man," she stated. "I always fear it could be the same man.

"My daughter discovered after the incident that the suspect's daughter was her supervisor at work and she felt so uncomfortable about this that she quit her job."

Lloyd Jenkins, defending, said the offences were not planned by Leech - he had just seen opportunities and taken them on the spur of the moment.

"He says he feels terrible about what he has done. He has seen the CCTV and says he doesn't recognise himself as that man. "

Mr Jenkins said Leech had been 'in a very bad place' at the time of the offences. His partner of sixteen years - the mother of his three children - had left him just two weeks earlier and he had been hitting the bottle and taking hard drugs.

"He was homeless, he was not managing his Type 1 diabetes, his partner had left him and that was the catalyst for the offences," he said.

Despite the relationship break-up his ex partner was in court today to support him, the solicitor added.

"Her feeling of insecurity caused by your actions has also been reflected onto her daughter," said the judge.

He passed a sentence of 18 months jail for the attempted robbery of Ms Hopson and six months consecutive for the McDonald's burglary and said the offences were too serious to justify suspending them.