Activity in the private sector fell at a new record pace for the second month in a row according to the Confederation of British Industries. 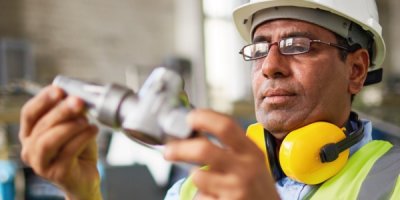 The CBI Growth Indicator put the fall at 71 per cent for the three months to June - worse than the 63 per cent fall in May, which had been the sharpest fall since the survey was introduced in October 2003.

Based on 910 respondents, the service sector saw the biggest fall down 80 per cent with manufacturing output and distribution sales both down 57 per cent (compared with 54 per cent in May).

The steep decline is expected to shallow out in the next quarter with the survey predicting a 46 per cent fall.

But 74 per cent of those surveyed felt a lack of demand posed as issue to restarting business operations.

CBI lead economist Alpesh Paleja said: "These figures show the full impact of coronavirus on the economy after three months of shutdown.

"There are signs that we've hit rock bottom, with firms expecting a slower fall in activity over the next three months.

"Clearly tackling the lack of customer and client demand will be critical to economic revival."

He continued: "Businesses have highlighted several ways in which the government can support them further: extending grant support schemes, widening business rates relief and further deferral of VAT payments.

"Despite challenges, most businesses believe remaining operational under social distancing is feasible.

"We now need continued co-operation between government, business and civil society to steer our economy towards a sustainable and long-lasting recovery."