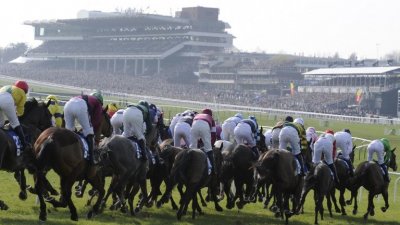 Fresh calls have been made for an investigation into whether the National Hunt Festival in Cheltenham is linked to the number of deaths from coronavirus in Gloucestershire.

But medical experts admit it will be very difficult to prove the link between the county death rate and the Festival, which had a total attendance of 251,000 last month - three days before a ban on large gatherings was introduced on March 16.

Latest figures show there had been 147 deaths from coronavirus in Gloucestershire  by April 22- more than twice the number in nearby Swindon, Bristol and Bath.

And while The Jockey Club, who organise the largest national hunt event in the country each year, say it went ahead under Government advice, the decision to go ahead has come in for repeated criticism.

Professor Gabriel Scally, former director of public health in the south west, told the BBC: "I think it's very tempting to link it to the Cheltenham Festival.

"From a health point of view, it should have been stopped in advance."

Paul Hunter, professor in medicine at the University of East Anglia, told MailOnline the figures were worthy of investigation and that a ban on large public events should have been introduced sooner.

He said: "Could the Cheltenham Festival have led to an acceleration of cases locally that has fuelled this local high mortality rate? This is certainly possible and in the absence of any other factors I may not be aware of, is quite likely.

"But can we definitely prove it was the Cheltenham Festival that was responsible for this excess in the area? Probably not unless it was properly investigated - and even then we may not be able to prove anything."

Tewkesbury's Conservative MP Laurence Robertson, whose constituency contains Cheltenham Racecourse and who attended this year's event, said the public inquiry should be into the international handling of coronavirus.

And Culture Secretary Oliver Dowden has defended the decision not to cancel The Festival and other sporting events.

He said: "The risk at mass gatherings was no greater or less than it would have been in pubs or restaurants and the advice at that point was that we did not need to ban mass gatherings." 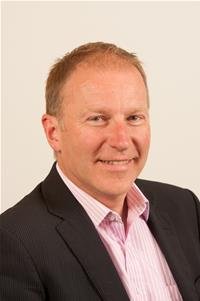 But Councillor Paul Hodgkinson, leader of the Liberal Democrats on Gloucestershire County Council, said it is right to ask questions about the decision to stage The Festival.

He said: "Hindsight is, of course, a wonderful thing, however encouraging crowds of more than a quarter of a million racegoers to congregate while other countries were struggling to contain the virus now looks to be an extremely poor decision by Government ministers who advised the Jockey Club to proceed."

The council's public health director said it was impossible to compare figures between hospital trusts.

Sarah Scott said: "There are many factors that could influence the number of cases in an area, including population, density, age and health profile and the position of an area in the pandemic curve."

But the Jockey Club insists it was following guidance to hold the Festival, which brings in more than £100million to the local economy each year.

A Jockey Club statement said: "The festival went ahead under Government guidance to do so, like other sports events at Twickenham, Murrayfield, 10 Premier League matches and the Uefa Champions League, all with full houses that same week."

Professional football in England was suspended on March 13, the final day of The Festival and three days before the Government's ban on public events.