A 39-year-old smash and grab burglar who raided three charity shops - one of them twice - as well as cafes, restaurants and a hair salon in a £7,000 crime spree across Gloucester and Cheltenham has been jailed for 28 months. 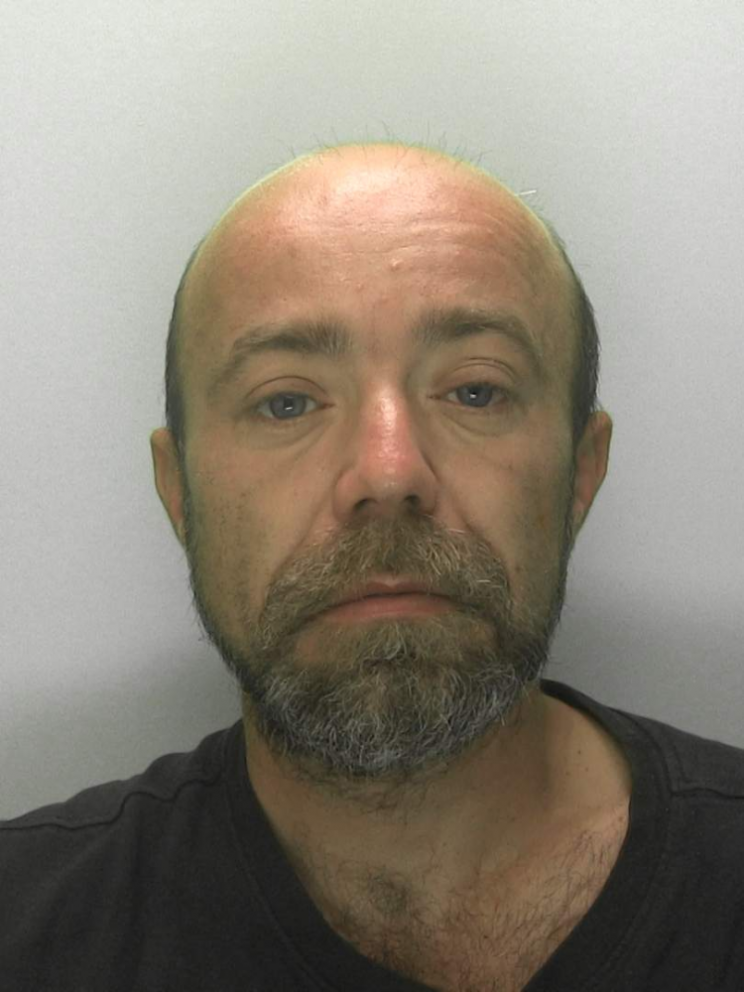 Alan Bell's ten offences all featured the same method - using a large brick to smash glass doors at each of the properties, said prosecutor Ieuan Callaghan at Gloucester Crown Court on Wednesday (October 26).

Bell's trail of offending caused many thousands of pounds worth of damage to the businesses and charities he targeted, the court was told.

The owner of the hairdressing salon which Bell burgled three times told the court she, her staff and her business, had been affected 'massively' both mentally and financially by the raids.

And a member of staff at one of the charity shops Bell burgled never returned to work because of the sense of trauma and disillusionment caused by the offence.

The prosecutor said: "The saga began overnight on May 13/14, 2021 when he entered the Golden Mountain Chinese restaurant in Winchcombe Street, Cheltenham, using his preferred method of entry." 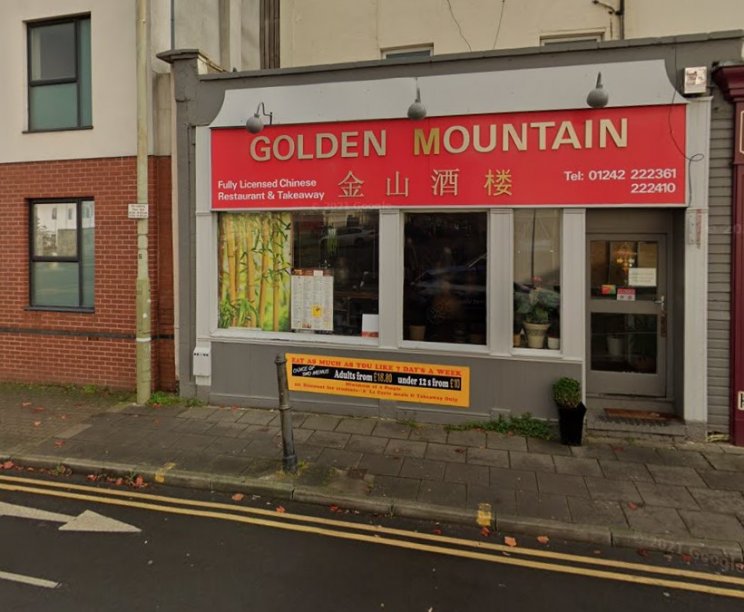 "In September 2021, Bell was sentenced to an immediate 46-week custodial prison term for a racially aggravated common assault and a variety of shoplifting offences. He was released on parole in March 2022.

"The burglaries recommenced when he targeted the Pride Hair salon in Market Parade, Kings Square, Gloucester on three separate occasions on May 23, August 1, and August 11. 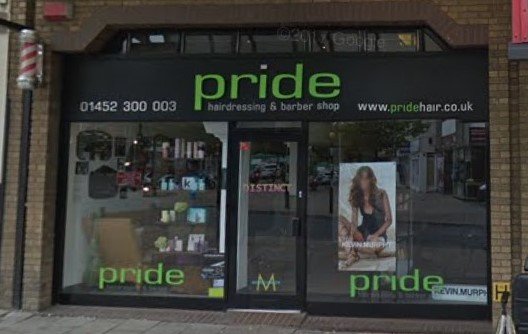 "On the first occasion in May, Bell stole hairdryers, clippers and other hairdressing equipment and tools. The tills were tampered with, and a search was made throughout the premises. The total value of the items taken in total was £2,600.

"The glass door cost £293 to replace and the salon lost a day's trading due to the thefts.

"On the second occasion the value of the items stolen was again £2,600 - effectively he took the replacements for the items he had stolen in the first burglary.

"By the time of the third break-in the owner had installed a CCTV camera and was alerted at 2.22am that somebody had gained entry by smashing the glass door."

Deborah Billington, director of the family-run business Pride Hairdressing Ltd said: "These break-ins have affected us massively, both financially and mentally. It has caused issues with staff morale as the burglar entered the staff room and stole a member of staff's 21st birthday presents.

"As a result of the thefts we have been forced to use equipment that is not up to our normal standards, which is affecting the service we offer.

"I have become so security conscious that I never switch off. I set up the business from nothing and the break-ins make me feel very sad that all my hard work has been ruined by one burglar." 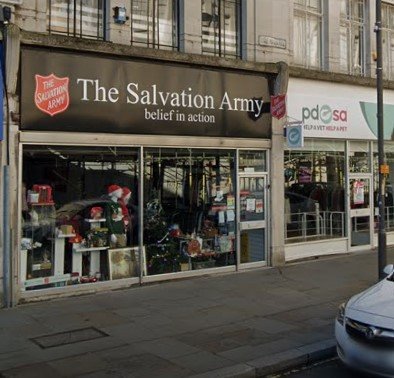 The reception desk was disturbed, and the donation box was stolen but it was unknown how much it contained. It cost the charity over £500 to replace the glass window.

The manager said that the break-in had a profound effect on the staff, with one member not returning to work since the incident.

"We feel that we might be targeted again and have taken the decision not to display expensive donations in the display window." 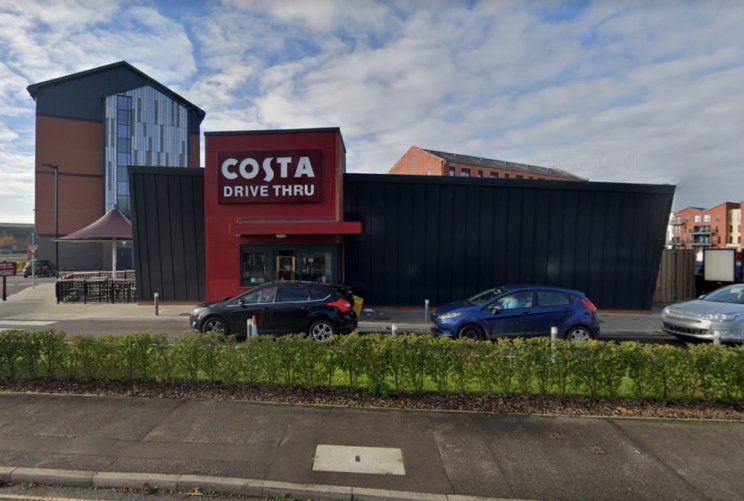 Mr Callaghan said that Bell then broke into the Costa Coffee shop in St Ann Way in Gloucester on August 5 at 3am by throwing a brick through the window.

CCTV showed two people entering and attempting to get into the cash drop boxes but they were unsuccessful and made off with two bags of coffee valued at £125 each. 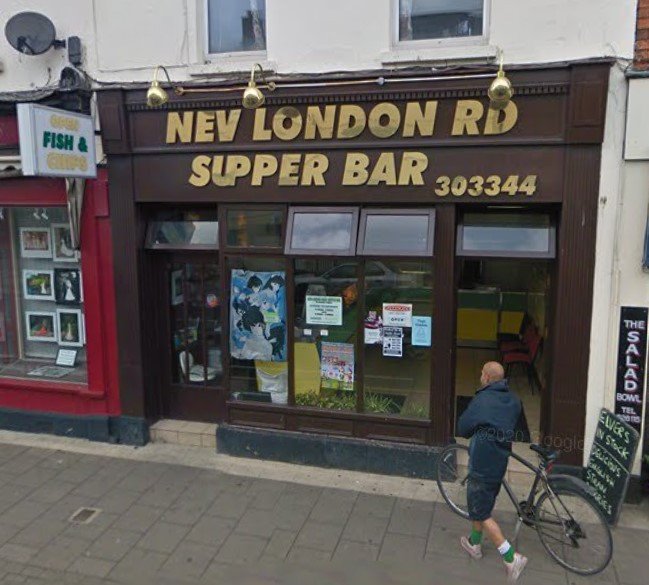 On August 7, Bell broke into the London Road Supper Bar at around 4am. He smashed open the till and took the till tray and its contents, believed to be around £70. The till itself cost around £1,000 to replace.

On August 8, Bell burgled the Cancer Research charity shop in the Oxebode, Gloucester, and £165 was stolen from the safe with the shop being left in a mess as the burglar had rifled through the donations.

Mr Callaghan added: "Bell targeted the same charity shop on August 17, with precisely the same method of entry of smashing the window. A lock box was taken, as was the contents of the till, estimated to be around £65." 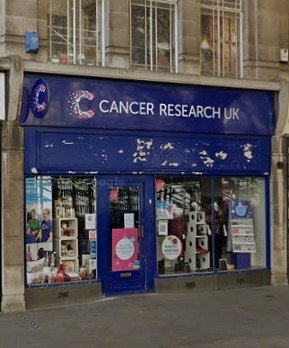 The store manager, Nikki Glover, said in a statement that being the victim of two burglaries in succession had shaken up all the staff.

She said: "The whole mood in the shop has changed because of the burglaries and the positive morale has gone from the team of volunteers, who have said, 'Why are we bothering? It's not worth it if somebody is going to take all the money, we've raised from all of our hard work'.

"This feels like a personal attack on the work we do. It has been a horrible time for us. Most of the volunteers have a cancer story behind them. The window will cost around £2,000 to replace and this will affect the amount we raise for the charity in the long term."

The final burglary occurred on August 10 at the Longfield Hospice charity store in Northgate Street, where again a brick was used to smash the window.

Mr Callaghan said: "It appears on CCTV that Bell made two trips into the shop through the smashed window. On the first occasion the till was taken along with a charity donations box and when he returned about an hour later, he took a large number of jewellery items. It is estimated that the tills contained £250 in cash."

Simon Kitchen, defending said: "Bell appears to be in the merry go round of being in prison and on release having no money to live on, and this results in him resorting to criminal ways to survive.

"He suffers from a number of mental health issues including being diagnosed with paranoid schizophrenia and issues that have festered since finding his father dead at home at the age of 18.

"When his mental illnesses surfaces, he turns to self-medication as a way of coping, and this is normally crack cocaine.

"While being remanded in prison he is finally receiving counselling for his grief of losing his father.

"He has had periods of employment and has benefited from a good wage. In recent months he has been living in accommodation where he is being bullied. He explains that he was injected with cocaine and told to burgle the Chinese restaurant in Cheltenham.

"Bell had been homeless for three months, but just prior to him being remanded in custody, he had obtained a flat which was unfurnished. He had no money in which to furnish it which resulted in him to resorting to his criminal ways.

"These offences were not sophisticated as they generally involved the use of a brick to gain entry. Bell is aware of the likely outcome today - an immediate prison sentence - but locking him up is only a temporary solution as this is part of his problem of revolving doors of him being in and out of custody without resolving the underlying issue."

The judge, Recorder Robin Sellers told Bell: "I have to sentence you for the burglary of ten non-residential premises. I accept you have pleaded guilty at the lower court.

"Your method of offending was completely identical in all matters. You targeted nine business premises in the space of three weeks this includes the break in of the hair salon three times and the Cancer Research charity shop twice.

"You caused a lot of damage to each of these premises which added together runs into hundreds of thousands of pounds. The value of the items and cash you took was valued to be in the region of £7,000.

"I have read the pre-sentence report that runs to 31 pages which, aside from outlining your previous offending, details the problems you have had in trying to get counselling.

"It's particularly sad that this report suggests that unless you get out of this cycle of being sent to prison and reoffending on release, you are in danger of becoming institutionalised."