Last night Gloucester came to light as the city launched a programme of light installations from December through to February.

Last night Gloucester came to light as the city launched a programme of light installations from December through to February. 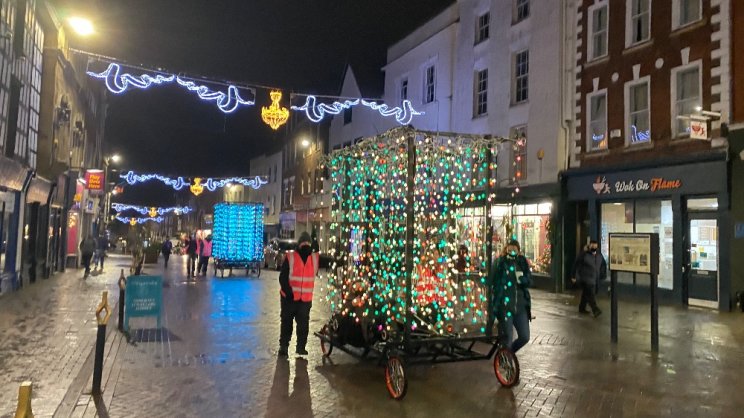 The first edition of Bright Nights, a collection of intriguing and beautiful light installations, by local and international artists, will illuminate the streets of the city as the nights get longer over winter.

The programme began on December 10, with a moving light installation called Travelling Light that will weave through the streets of the city for three nights (Thursday 10 - Saturday 12 December).

Inspired by travelling funfairs, circuses and carnivals Travelling Light brings light and sound to the heart of Gloucester, spreading joy during these dark and difficult time.

Moving through the streets, thousands of points of lights mounted onto the back of bikes, dance and pulse to the beat of a unique, local soundscape created in collaboration with Gloucester Culture Trust, The Music Works, Multi Story Orchestra and local artists - highlighting the musical and creative talent of the city. 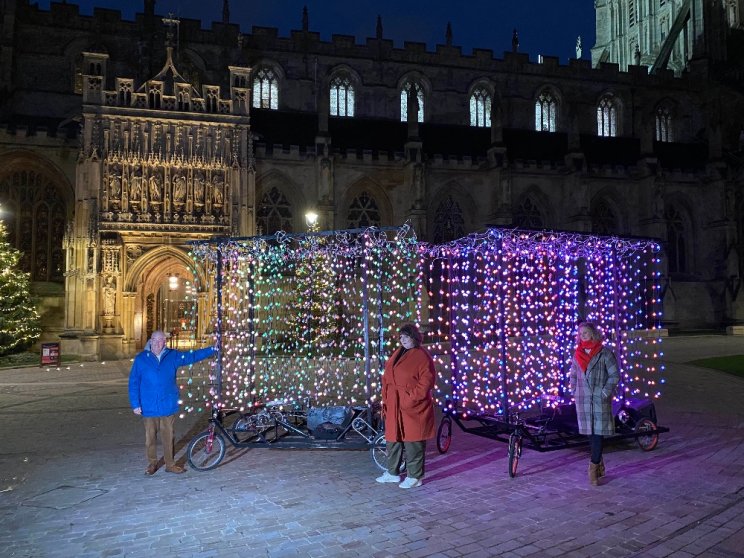 Travelling Light will be in the streets of White City, supported by The Venture, Podsmead supported by Gloucester Athletics Club, Wheels for All and the City Centre. Audiences can watch and listen from doorways, windows and streets as this travelling spectacle voyages past.

Councillor Steve Morgan, cabinet member for Culture & Leisure at Gloucester City Council, said: "Gloucester City Council and Gloucester Culture Trust are proud to bring the first Bright Nights season to the city. I cannot wait to see the illuminations light up across the winter months and see the window displays in our city's neighbourhoods come to life. We hope that it brings people some cheer and fun which they can enjoy in the city safely."

Katherine Jewkes, co-creative director said: "We want to bring light and fun to the city this winter, giving residents and visitors a feeling of delight as they walk through the city. We have got a fantastic programme of light installations, both one-off installations that have been curated to showcase Gloucester's heritage as well as touring international pieces that will put the city on a world stage. We look forward to revealing the details for the rest of the programme soon."

The three-month programme, which is being delivered by Gloucester City Council, in partnership with Gloucester Culture Trust will play a key role in Gloucester's ambitious cultural strategy to put culture at the heart of the city.