Students from Bridge Training in Gloucester took part in this year's Tetbury Wacky Races, in vehicles they had built themselves.

Back in February, the Level 1 Motor Vehicle students got to work designing and building two soapboxes to enter the 2019 Tetbury Wacky Races. 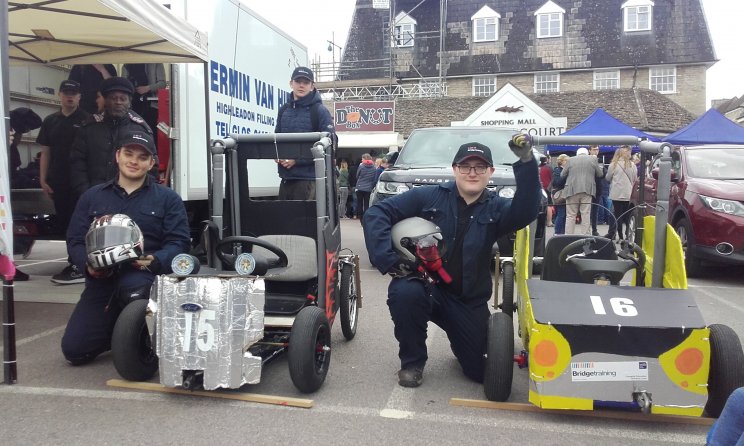 The students were split into two teams and gave themselves roles within their teams - team leader, driver, parts, finance and engineer/ builder.

Ross Williamson, placement development co-ordinator at Bridge Training, said: "Over the weeks that followed, the students took the build from chalk drawings on the workshop floor to rolling, steering and stopping soapboxes. The parts guys searched the internet for parts and scavenged components that could be adapted or modified to fit. The team leader was instrumental in driving the project forward and the engineers poured their blood sweat and tears into the build, all while keeping the finances within budget. 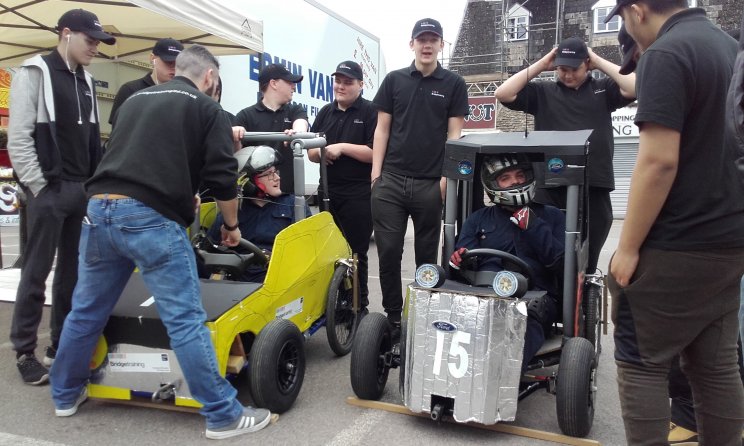 "With the total commitment of a number of students and their teachers the deadline of Friday the 3rd of May was met, both karts were read and we were all going racing!"

On bank holiday Monday, both racing teams headed for Tetbury.

Ross Williamson said: "These students showed grit and determination from the outset, as trial runs had wheels coming loose, brakes locking and minor modifications to the roll cage, following a crash at the hairpin bend. This is where the team showed their skills, making sure that the kart was ready for the next run in a very short space of time. The first timed run was issue free, but still off the mark of the other competitors, the team got to work with making modifications to further increase speed. Curtis and the team were determined to make the final run memorable, with Curtis opting to take the jump at full speed, landing sideways, fish tailing down the course, putting on a show for the crowd and turning in a respectable time. 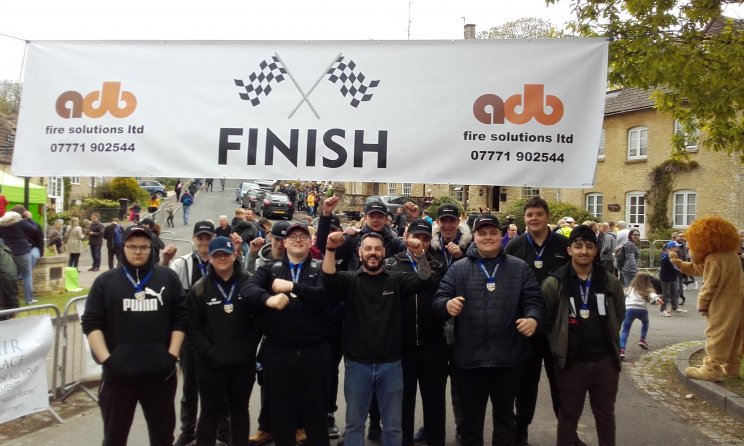 "The day was a huge success for our students and the company as a whole, showing that the skills they have acquired have huge benefits now and far into the future. These skills included team working, responsibility of managing a budget, meeting tight deadlines, and putting all of their newly learned mechanical skills into building a soapbox to meet strict specifications for the scrutineers."

Three months of hard work ended with a day's racing against competitors who have entered for many years and the students held their own, only missing the course record by eight seconds.

Fran Challice, mother of student, Zac, said: "We had a fantastic time at Tetbury Wacky Races, our son was a reserve driver for the Bridge Training teams. The college promoted superb teamwork and the race was professional and hilarious at the same time. One Bridge Training soapbox bravely attempted an early jump and had to be put back together in pits. I loved the commentator's remark: 'Clear the course, a dinosaur's at the start line!'. A great day was had by all." 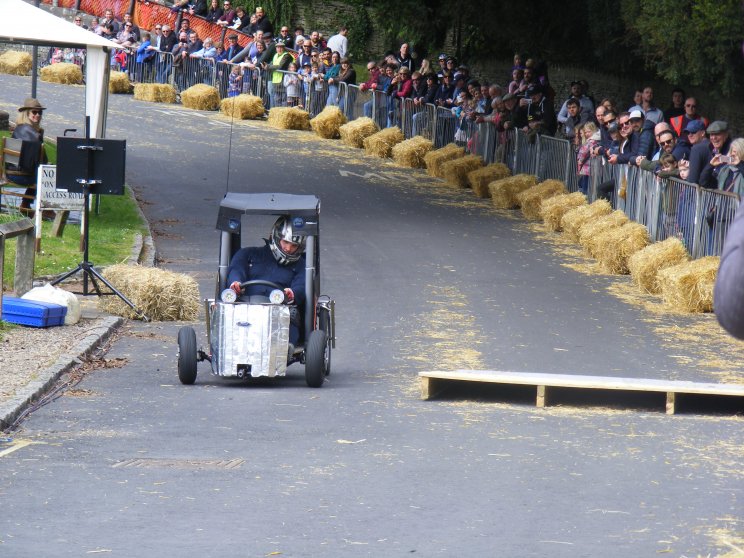 Mark Harrod, managing director of Bridge Training, said: "It was a very proud day for me personally, seeing the young students with such grit and determination to succeed and the team work was exceptional. I don't think I saw a mobile phone all day!"

Bridge Training is based in Gloucester and offers vocational training at Level 1 and 2 to students aged 16-24 who aren't comfortable learning within large schools and college environments.