High Street giant Boots have reported a £100million slump in profits during its last financial year. 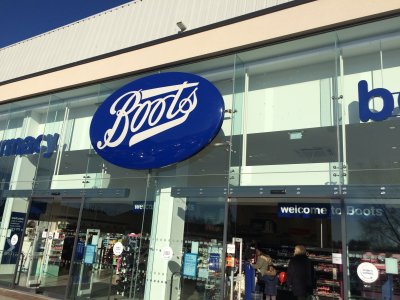 In the report, the company's directors said: The company's retail revenue, gross profit and gross profit margin are impacted by, among other things, the highly competitive nature of the health and beauty category.

"In particular, our own and our competitors' pricing actions, promotional offers and events and the customer's desire for value and convenience.

"the company's pharmacy sales, gross profit and gross profit margin are impacted by governmental agencies seeking to minimise increases in the costs of healthcare, including pharmaceutical drug reimbursement rates."

The latest set of results come three months after Boots' parent company, US bases Wallgreens Boots Alliance said that some UK stores would face closure due to a need to cut costs.

Punchline says, Boots is a cornerstone of the High Street and we certainly don't want to see them lose stores anywhere, let alone in Gloucestershire.

These figures show the struggles that even the biggest of High Street names has and we hope that the planned store closures don't ever come in to fruition.