A man aged in his 70s was assaulted when two men tried to steal the car he was driving in Gloucester earlier this week. 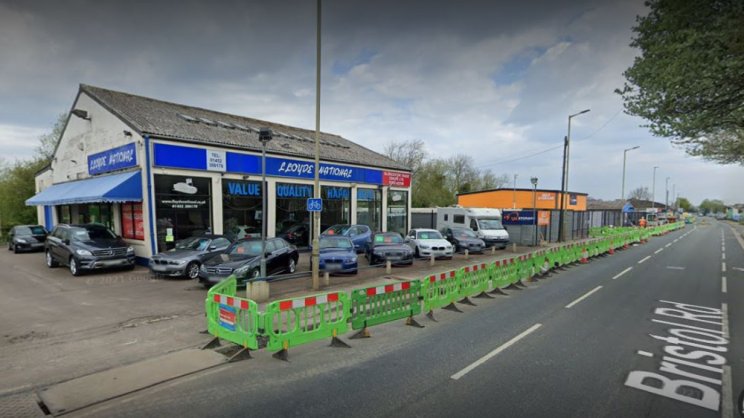 The incident happened on Bristol Road, near to Lloyde National car sales, between 4pm and 4.30pm on Wednesday (December 1).

Officers are appealing for witnesses to the attempted robbery or anyone who may have relevant dashcam footage.

The victim had been driving a dark grey BMW along Bristol Road in the direction of Quedgeley when two young men ran out into the road in front of him, causing him to suddenly brake and stop.

Both of the men then tried to gain entry to the vehicle, and one of them reached in through the open driver's side window and punched the victim several times.

The victim is shaken by the ordeal and sustained suspected minor injuries.

Investigating officers are appealing for anyone who was in the area of Bristol Road between 4pm and 4.30pm on Wednesday and may have seen the incident take place.

The two males involved were described as being aged between 25 and 30, around 6ft tall, were of a slim build and spoke with non-local accents.

One of them had facial hair and one was wearing a dark-coloured top with a white top underneath. They had been seen walking along the road prior to the incident.

Police are keen to hear from anyone who saw these men in the nearby area or fleeing the scene, or anyone who has dashcam footage which could assist the investigation.

Anyone with information is asked to contact police on 1010 or by completing the 'update a crime report' form on the Constabulary's website, quoting incident 269 of 1 December: https://www.gloucestershire.police.uk/tua/tell-us-about/cor/tell-us-about-existing-case-report/