A driver careered into two cars - flipping one onto its side - abandoned his Mercedes, stormed into a supermarket and hurled dozens of bottles of Prosecco around the store, a court heard on Friday.

Sainsbury store at Barnwood, Gloucester, was evacuated until armed police were sent into tackle cocaine-fuelled Alexander Mills, 23, the court was told.

The store was closed for five hours with senior managers estimating they lost some £30,000 in revenue and £400 in wine as a result of Mills' antics.

Judge Michael Cullum told him he had come "incredibly close" to jail but after hearing 'compelling' mitigation from defence lawyer Steve Young he imposed a 12-month prison sentence and suspended it for 18 months.

Prosecuting barrister Grace Flynn said: "The defendant drove his white Mercedes at speed on the A417 near Barnwood on July 2, 2018.

"He clipped one car, undertook another and then collided with another vehicle causing it to somersault on to its side. Remarkably the driver only suffered minor injuries."

Mills then stopped his car and ran off into the nearby Sainsbury's store, the court was told.

"He acted in a bizarre manner, telling shoppers and staff that he needed a phone to call the emergency service," said the barrister.

"He walked around the store and then started taking bottles of Prosecco from a stand and hurling them on to the floor and in all directions."

The court heard that some 30 bottles were smashed and the floor of the store was was littered with broken glass. 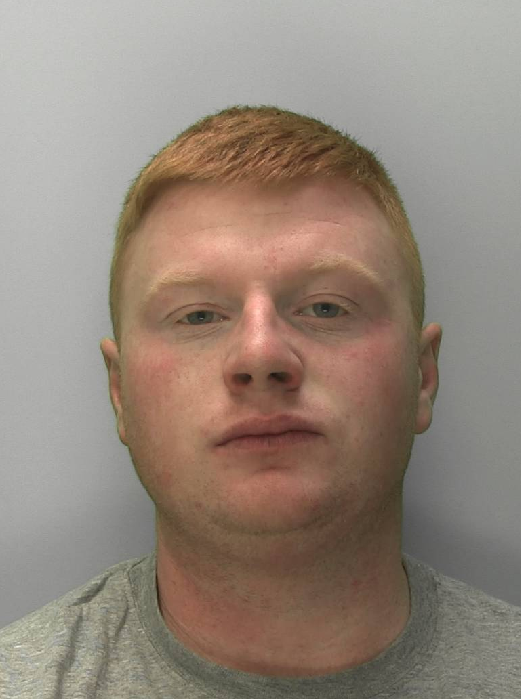 The rampage went on for 20 minutes and staff evacuated the store for the safety of customers, many of whom were elderly or children.

"It was remarkable that nobody was hit by the bottles and when the police arrived they had to leave their police dogs outside because of all the broken glass on the floor," said Ms Flynn.

"A subsequent toxicological examination of the defendant revealed that he had cocaine and cannabis in his system."

The dangerous driving was captured on the DashCam of another motorist and the defendant's rampage in the supermarket was filmed on the store's CCTV, both of which were played to the court.

Defending lawyer Steve Young said: "Two weeks before this incident my client, who had never taken drugs before, lost his father, who died suddenly.

"He could not cope with the death so he started to take drugs and on that day he began to hallucinate and he imagined that someone was after him.

"That is why he drove at speed and then abandoned his car and ran away - he thought that he was being followed. He had become irrational, completely confused and paranoid.

"His behaviour was completely out of character but of course his actions in the supermarket were exceptionally frightening for staff and other customers."

Judge Cullum told him that his behaviour was a result of "drug-induced paranoia" and warned him that should he offend during the currency of his suspended sentence he would go straight to prison.

He was also banned from driving for three years.