Gloucestershire based adrenaline activity operator Hangloose Adventure celebrated a groundbreaking moment this week when they began construction on their latest project at Bluewater Shopping Centre in Kent. 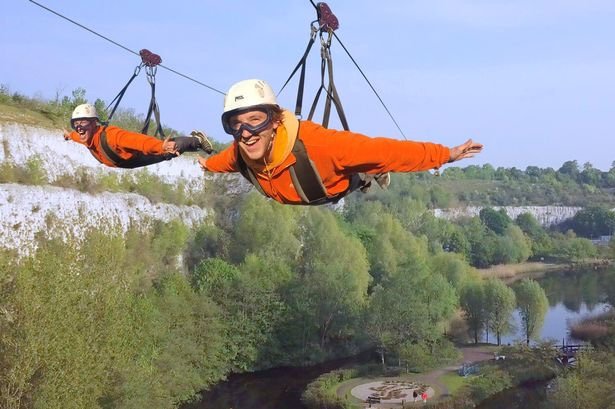 And if you're going to build England's longest Zip Line, why not break ground with the country's largest spade?

The adventure park will be situated amongst the 50 acres of parkland at Bluewater, which has recently been awarded Green Flag status for the fifth year in a row. The Zip Line is due to open for February half-term 2021.

Focusing on environmentally safe and eco-friendly fun, the Climbing Wall will make use of the cliffs surrounding Bluewater to create a range of fun-filled activities for all fitness levels as climbing becomes an Olympic sport for the first time in 2021. 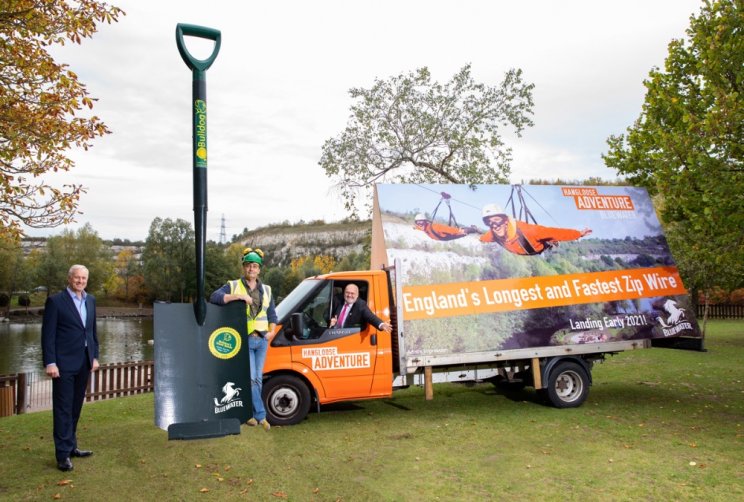 Hangloose Adventure's managing director, Brian Phelps, said "We love doing big projects and this will be one of the biggest and most exciting activities available anywhere in Europe, super-fast and super-accessible.

"At a time when there is so much uncertainty, we feel it's right to remain positive about the future and plan for the next four years rather than the next three months."