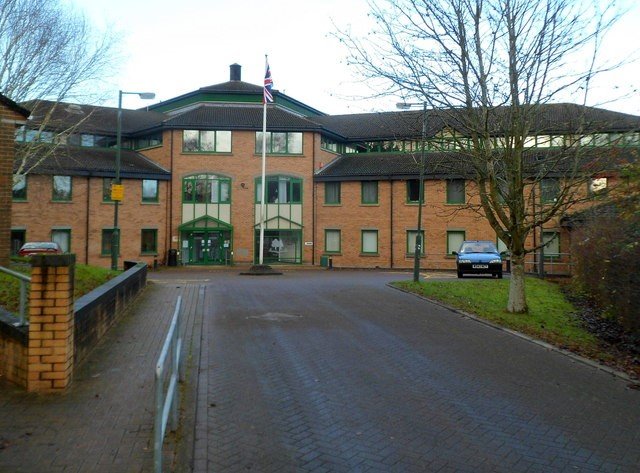 Accountant Graham Wildin, 70, has failed in an appeal against a judge's ruling that he was in contempt of court by failing to demolish a private 10,000 square foot leisure centre he built at his Forest of Dean home without planning permission.

Following an appeal hearing at High Court in London on November 4, his appeal against the finding of contempt was dismissed.

A council spokesperson said: "In committal proceedings brought by Forest of Dean District Council in June 2021, His Honour Judge Jarman QC concluded that Mr Wildin was in contempt of court for non-compliance with an injunction order dated 2018."

"Mr Wildin subsequently appealed the decision on the grounds that the council gave no evidence of costs set out for the works to be completed and that 18 weeks was not an adequate time period to carry out the works.

"The appeal was heard at the Court of Appeal in the Royal Courts of Justice in London before Lady Justice Elisabeth Laing and Lord Justice Edis on 28 September 2021, with judgment suspended and handed down on November 4.

"Lady Justice Elisabeth Laing found that the Council had no way of proving whether Mr Wildin could afford to demolish the building, since the relevant facts were in Mr Wildin's exclusive knowledge and that Mr Wildin had not at any stage made full disclosure of his assets.

"She LJ reiterated that Mr Wildin was entirely the author of his own misfortune, going on to dismiss the appeal against the findings of contempt and against the sentence passed by HHJ Jarman QC.

"Lord Justice Edis agreed with these findings, that disclosure of material concerning Mr Wildin's financial situation was wholly inadequate and that there was 'reasonable basis' for the hypothesis that Mr Wildin is a very wealthy man.

"Lord Justice Edis pointed to the money spent by Mr Wildin to build a large sports hall in his back garden without planning permission, adding it was unlikely that any rational person would take such a risk unless the potential risk was easily affordable.

"With the appeal dismissed, Mr Wildin has been given until 10 March 2022 to comply with the order to complete the required work, if he is to avoid prison.

"The Council has also been awarded substantial costs as part of the hearing."

Cllr Tim Gwilliam, leader of the Forest of Dean District Council and Cabinet Member for Planning said: "Today's result (November 4) is the latest in a completely avoidable and long running case. If Mr Wildin had followed the guidance of experts and complied with the sentencing originally handed down, this further court date would not have been necessary.

"As a council it is important to ensure that development proposals improve the environments in which they live, whilst safeguarding the community. Every year, hundreds of people ask the Council for planning advice and follow it. This has not been the case in Mr Wildin's instance.

"The Forest of Dean District Council would like to again thank the people of the Forest for their patience during this lengthy process as we work to secure demolition of the building."

Rolls Royce driver Mr Wildin was first served with an enforcement notice by Forest of Dean District council in 2014 requiring him to bulldoze the development but he did nothing to comply.

In fact, the council found when they last inspected the site, that work had started on a new SWIMMING POOL on the land.

in June this year Forest of Dean District Council made a successful contempt of court application at the High Court in Cardiff, citing Mr Wildin for breach of planning laws.

He had been warned that if he disobeyed the injunction issued against him to demolish the building he could be held to be in contempt of court, imprisoned and have his assets seized.

Council planners have said the 'bulky structure' is 'totally out of scale and proportion with the surrounding development' in Cinderford.

Locals were outraged when Mr Wildin built the leisure centre by sinking it 18-feet into his garden. The grandfather-of-five said he thought he did not need permission when he began construction.

Mr Wildin told the court at an earlier hearing that it would cost him £72,000 to demolish the 'mancave' and this would affect the livelihoods of his 50-strong staff at his accountancy firm.