40 mile diversion through Gloucestershire and Herefordshire due to work on 1.3 mile stretch of road

A mile-long section of the A417 in Gloucestershire will be closed overnight for four nights later this month - with the official diversion route coming in at a whopping 40 miles.

The road between Maisemore and Hartpury College will be subject to closures from 7pm to 7am from Thursday, January 23 through to Tuesday, January 28.

So, any Hartpury students who are going into Gloucester for a post-study pint had better beware that their taxi home could cost a little bit extra, especially if it follows the diversion route. 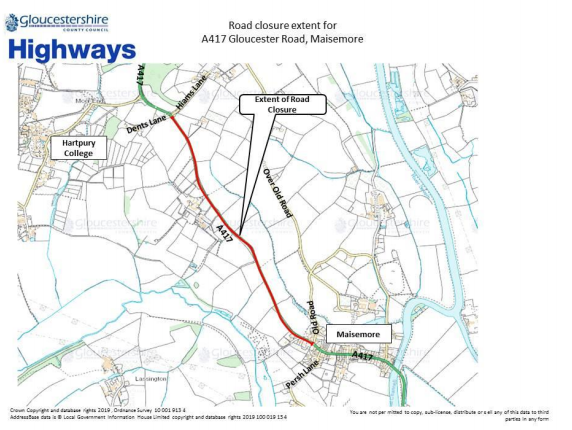 The work is part of Gloucestershire County Council's resurfacing programme and is scheduled to take four days, so long as the weather behaves.

A letter sent to local residents by the Council's structural maintenance team manager David Hicks explained that while the project is expected to take four days, it could be longer.

"It can be affected by things like; heavy rain, changes in temperatures and other weather events as well as plant breakdown and unforeseen technical issues that arise once work has begun.

"All this means scheme dates and details can change at short notice.

"We appreciate road closures are inconvenient, but in order to keep you and the team working on the road safe it is necessary. 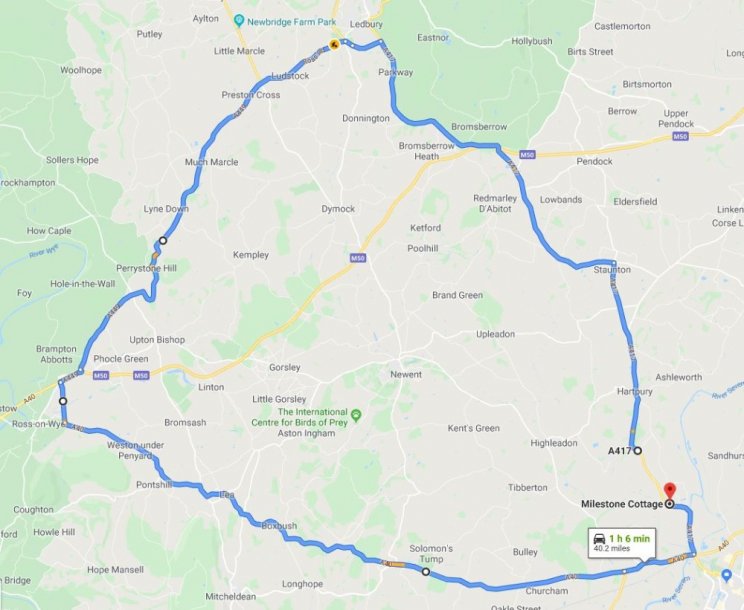 "We have planned the work so we can be in and out as quickly as possible and have tried to do it at a time that will minimise any inconvenience."

Only pedestrian access will be allowed along the route of the 1.3 mile closure, with the letter saying that drivers who use the route will need to make "alternate arrangements."

That could involve taking the pre-set "all vehicles" diversion that will act as a late-night guided tour of parts of Gloucestershire and Herefordshire - missing a trip to Worcestershire, but only just.

The letter adds: "We have created an official diversion route which will be signposted and is suitable for all vehicles that would normally use the closed road.

The Council say the closure will be in place from 7pm to 7am from Thursday, January 23 to Tuesday, January 28, excluding weekends.