The £4million plan to restore the "missing mile" of the county's canal network will go before Gloucestershire County Council's cabinet for approval next week.

For half-a-century the section of the Stroudwater Navigation has been out of use following the destruction of a bridge and lock during the construction of the A419 and M5 motorway.

It meant that the canal effectively stopped at the point it reaches the A38 at Whitminster from the west and at Spring Hill near Stonehouse to the east. 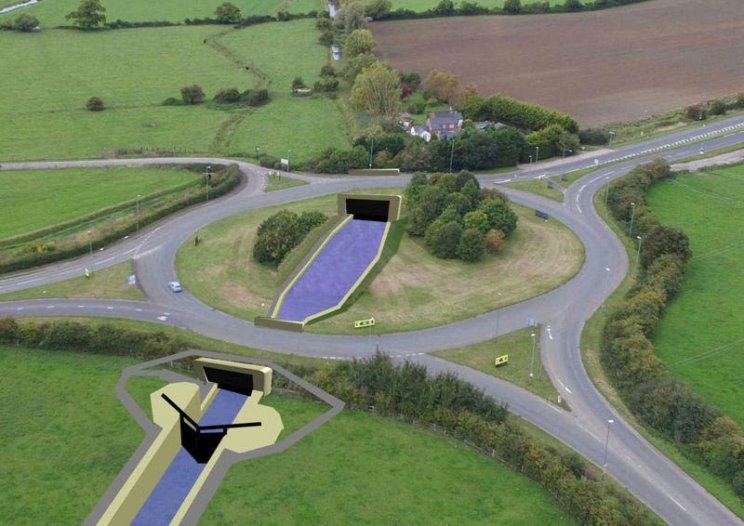 However, the current plans that would see two highway bridges and a towpath built by the A38 and A419 to allow the canal to be reopened.

A report going to the cabinet says that the proposed works will reconnect the canal from Saul Junction to Stonehouse and provide walking and cycling routes.

The Cotswold Canals Trust has been leading the calls to restore the network and Highways England announced in May it would provide £4million towards the cost of the project.

The cabinet are being asked to authorise the works and manage the project, while working alongside the Canals Trust and Stroud District Council.

Design work for the scheme is underway and contractors will be invited submit tenders to complete the scheme in the near future.

The aim is to complete the works in 2020 with engagement events to take place before work begins so local residents and businesses are given more information about the project.

Councillor Vernon Smith, cabinet member for highways, said: "This is an excellent project that will see the 'missing mile' of the canal network restored.

"It will provide a new walking and cycling route, attracting more visitors to the area which will boost the economy, and I'm pleased to see this is set to go ahead."

Councillor Stephen Davies, local county councillor for Hardwicke and Severn, said: "As well as a restored canal, this project will have a positive impact on the area.

"It will improve more than 30 hectares of wildlife habitats and leave a lasting legacy for future generations to enjoy for years to come.

"I'm sure this will be widely welcomed and I look forward to seeing the project take shape."