A £20 million bid to help regenerate Gloucester city centre and create hundreds of new jobs has been submitted to the Government under its Levelling Up Fund.

On a cold and wet Friday afternoon, city dignitaries and a small crowd gathered outside the empty Debenhams store in the hope of a brighter future ahead. 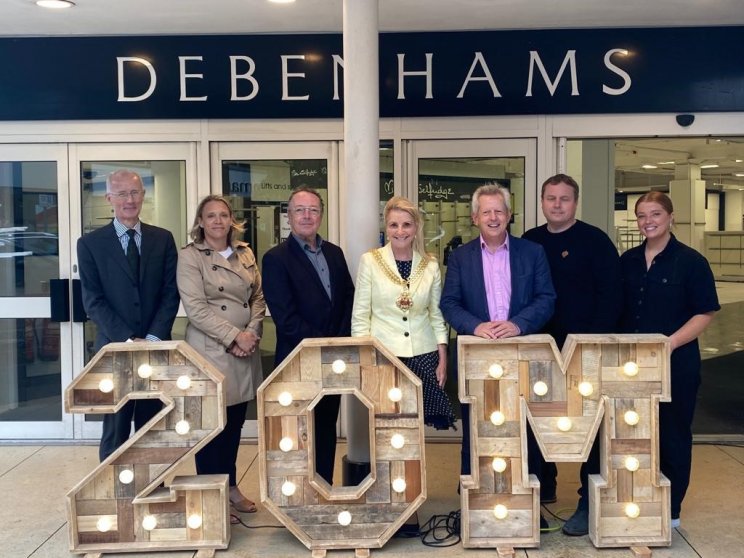 Gloucester's MP Richard Graham and the city council are spearheading the bid which, if successful, would see millions of pounds being shared between three major transformational projects.

The old Debenhams store would be taken over by the University of Gloucestershire and transformed into a new healthcare and teaching centre, used by over 4,000 students. 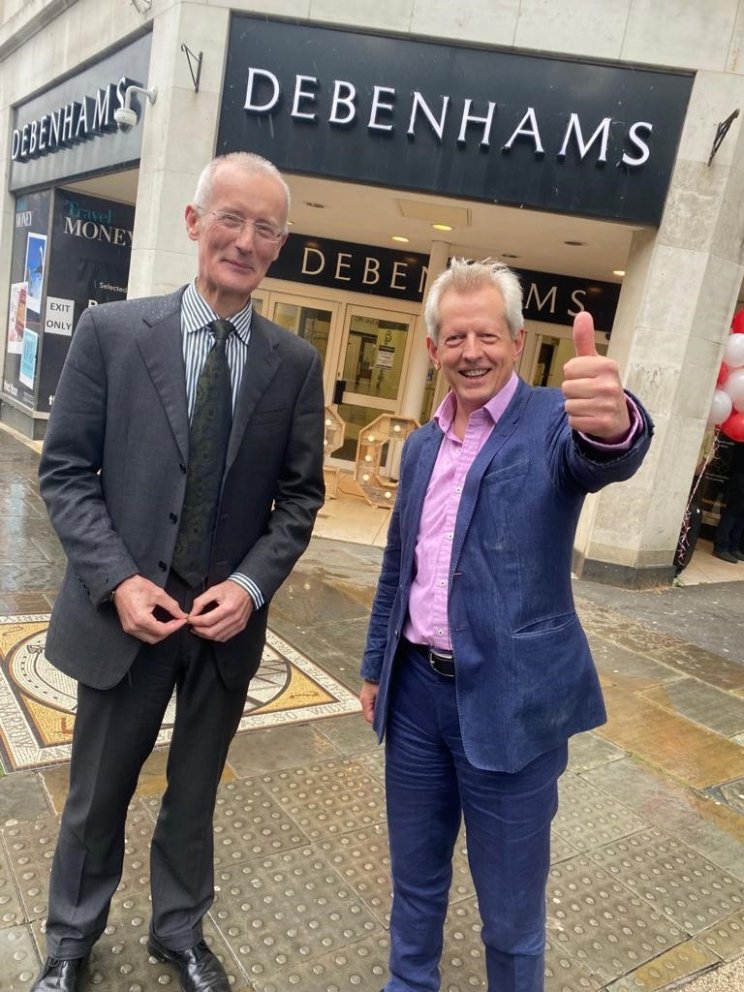 Another scheme would see the historic Fleece Hotel in Westgate Street, which hasn't been used since 2010, become a new 60-bed, four-star boutique hotel, creating 50 new jobs.

Finally, there is a plan for the Forge Digital Hub at The Forum development, which forms part of the King's Quarter regeneration scheme, which would create 200 new jobs.

Mr Graham told Punchline: "The Levelling Up Fund is designed to try and help all sorts of different places in the UK build back better - the Prime Minister's great phrase. What does that mean for Gloucester? Well, here, as everyone knows, we've had real problems in the city centre. The vibrancy of activities and events has shrunk, footfall has decreased,, the number of empty shops has increased and we really need to turn that all around.

"There are lots of exciting things happening, of course, already with the work on Kings Square and so on, but these three elements - the transformation of Debenhams into the first-ever University of Gloucestershire teaching centre in the heart of the city, the transformation of The Fleece back into four-star boutique hotel and the creation of The Forge, a new entrepreneurs and cyber specialist centre - those three things together would make a massive difference in levelling back Gloucester and making it one of the most dynamic small cities in the country."

"Of course, we don't know what the other bids will look like, how many there are of them, and whether the pot of money will be big enough for us to get all the £20 million, so there are plenty of question marks. 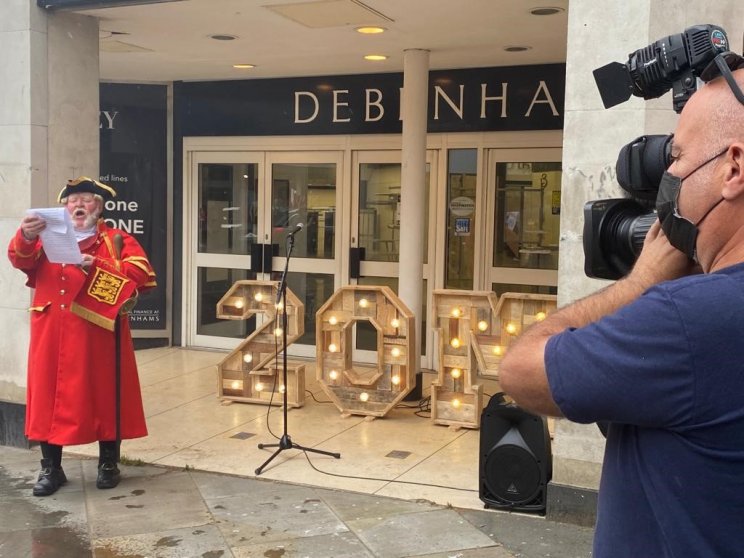 "But I wanted, and the city council wanted, to launch this today with our partners, the University of Gloucestershire, Dowdeswell and Reef plc, to make a bit of a statement to everybody living here and in the county that that we are going for it We are going to go for a £20m ambitious bid for three vastly transformational things."

Mr Graham said he expected to hear the result of the bid at some point in the autumn. 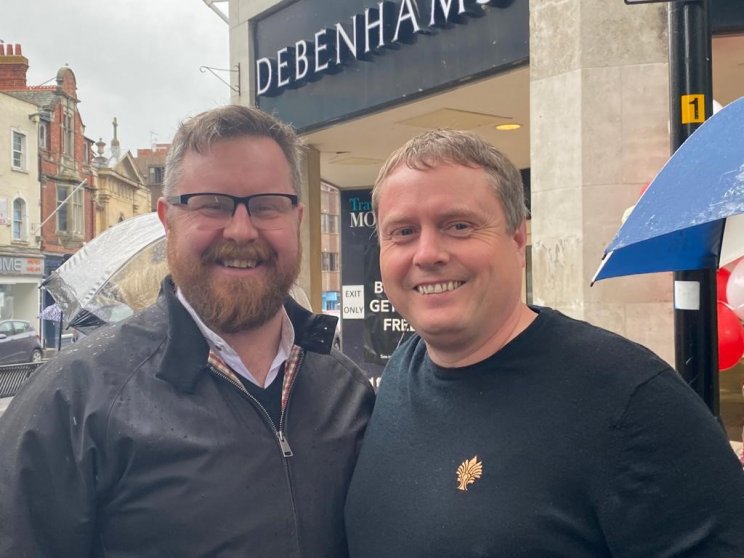 He added: "We are counting on our persuasiveness and the credibility of our bid in order to persuade the government to lend a helping hand with the Treasury's chequebook and If it doesn't succeed I will probably be strung from this porch to the celebration of many of my constituents."

Stephen Marston, vice chancellor of the University of Gloucestershire, said: "The development of the Debenhams building will place the University of Gloucestershire at the heart of its community, breathing new life into a much loved but dilapidated building, and creating a vibrant centre of new activity in the city centre. We are confident that it will serve as a role model for other city centres.

"Many of the university's courses are crucial to the health, quality of life and economic success of our region, including Nursing and Education. Along with providing dual use public services for the community, our new city centre campus will provide facilities to train these professionals.

"The University is not just refurbishing a building, but creating a new talent flow that builds human as well as physical capital."

"Working with partners, the University will make the Debenhams building the centre of a major regeneration programme, building a new future for an area that has been in long term decline. Between us we will create a new destination offering a wide range of activities, events and attractions, which in turn will bring skills, wellbeing and growth for our community.

"Over the lifetime of the project, we estimate that the Debenhams scheme alone will add over £700 million of direct and indirect value to the economy." 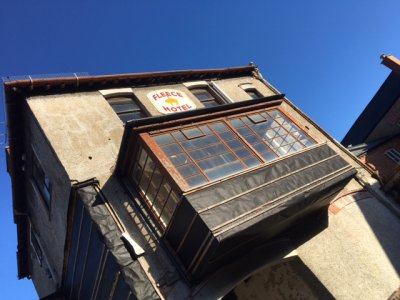 The Forge is a flexible digital hub aimed at organisations in the cyber and knowledge economy. It will help re-define Gloucester as the place to train, start or grow in the cybersecurity, aviation, and agri-tech sectors, bringing 205 new jobs to the City.

Esther Croft, development director at Reef Group, said: "This fund has the potential to make a real difference by supporting the diverse range of projects that will combine to redefine Gloucester's city centre as a vibrant, resilient and future-ready place, full of opportunity."

The bid also supports the renovation of The Fleece Hotel - bring the historic hotel back into use with Gloucester's first ever 4 star hotel for heritage tourism.

Rod Jenner, managing director of Dowdeswell Group, said: "We are delighted to be part of this consortium investing in Gloucester's City Centre. The bid will help make the restoration of The Fleece Hotel viable as the flagship heritage restoration project in the City, with high quality hospitality and a stronger link to The Docks."

Richard Graham summarised "the three projects should bring 1,500 jobs into the City Centre and contribute over £105m per annum. With a big thank you to all who have worked on this, it's now my task to convince government this bid will indeed enable us to Build Back Better. Come on Glos!"

Punchline-Gloucester.com editor Mark Owen said: "This could be fantastic news for the city, if everyone concerned can pull it off. God knows they need it with the way the high street is performing at the moment. Questions still need to be answered, such as how is the money going to be divided between the three projects? I understand that it is something like £9.7million to Debenhams, £6million to Dowdeswells and the rest to the Forum, but I might be out by a million here or there. We wish them the very best of luck."