10-year-old cashes in her business start-up

What was started by a spirited 10 year old as a bid to 'raise a little bit of money' for a much-loved but little known special needs school exceeded expectations.

Inspired by a business competition at her own school - to turn £5 into profit - Lorien Sherborne used her new-found entrepreneurial flare to generate some money for another school, for children and young people with special needs, which is very close to her heart.

Beginning by bagging and selling herbs grown in her garden to neighbours in her Gloucestershire village her efforts caught the eye of friends and business people across the county. 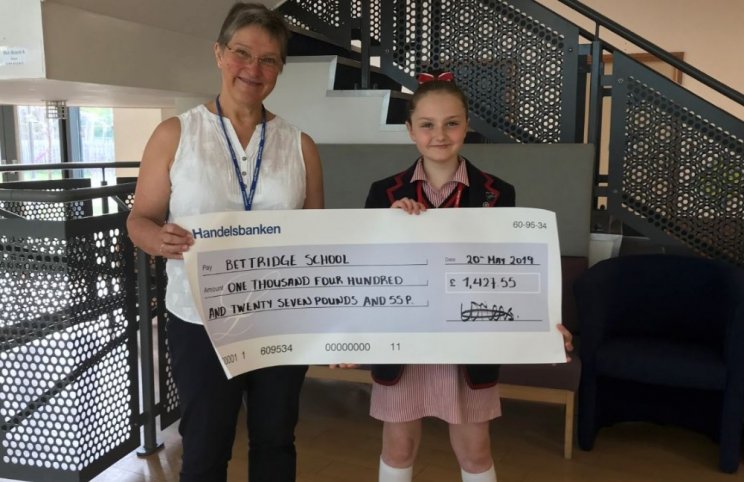 So much so the pupil from Berkhampstead School, Cheltenham, found she had a hit on her hands.

But now, after a month-plus in business, she has shut up shot, closing operations down and giving all her profits over as promised to the Bettridge School - a whopping £1,427.55.

"I have a brother, Sam, who has Angelman syndrome. Bettridge School has helped him a lot - with his walking, his communicating, and his personal health. They are so good. I think they have changed his life.

Today, Lorien gave the money she managed to raise to #bettridge school and it was an astonishing amount of £1,427.55! Many thanks to the local #Cheltenham community for helping Lorien out! She is such an inspiration! #fundraising pic.twitter.com/g27HCdPMa1

"I was thinking 'how can I help them?'. He has been going there a number of years and I don't know how much longer he will be there as he is getting older, but I did not just want to say 'goodbye'," said Lorien, explaining her motivation.

With a sales pitch like that, an ability to communicate beyond her years, no little charm, and a tempting product to boot, it was an offer many could not refuse.

Helped with a little social media boost by her parents, Liz and Darren (who runs Sherbornes Solicitors, Cheltenham), business people from across the county signed in to her JustGiving page to donate and left messages of praise.

Paul Engelbrecht, head of commercial property at Hughes Paddison in Cheltenham, said: "Your efforts are admirable and your family and school can be very proud."

Neill Ricketts, of Versarien, weighed in with a £100 donation.

And Darren Stevens summed it up: "What a fantastic idea and for such a good cause. Business woman of the year in 10-15 years?"