Now training to be a teacher on the university's School Direct PGCE Teacher Training programme, Rob received the award in recognition of services to the financial sector and to the community, while employed as assistant branch manager at Nationwide building society in Bath.

Services to the community included a contactless donation point at the branch, to allow people to make quick and easy donations and make a positive difference to the lives of rough sleepers. 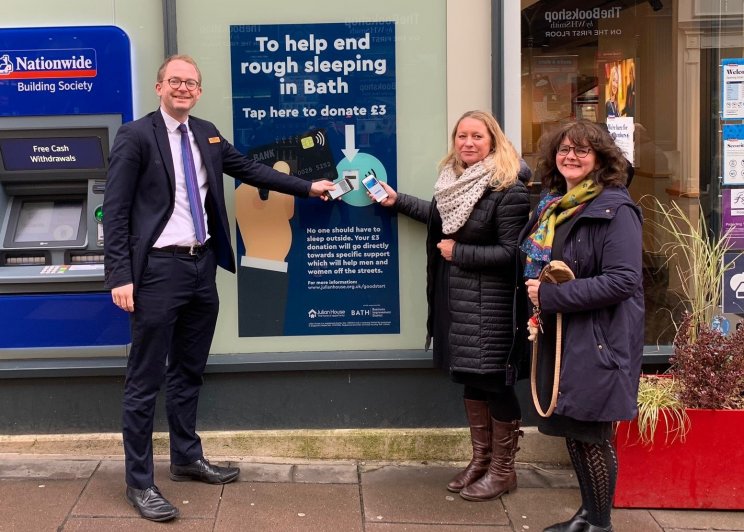 Rob Burrows, who lives in Stonehouse, said: "I feel extremely proud and overwhelmed at being recognised in the New Year Honours List.

"Although I have received the honour, it is recognition for the hard work of all the branch team at Nationwide and the local community partners who have supported me.

"I saw a contactless device when I lived in Bristol eight years ago and it stuck with me for all those years.

"When Nationwide invested in a new branch on the high street, we were fortunate to have a huge window space. This was perfect for engaging with people and the time felt right, with fewer people carrying cash and contactless transactions increasing.

"We had worked closely with numerous homeless charities over a two-year period and used the window space for ad hoc events. But I wanted a fixed donation point, which would allow people to donate and engage daily.

"The donation point allowed people to donate quickly and easily, knowing that it would make a direct difference. Overall, our fundraising initiatives have raised in excess of £20,000."

Rob said he was enjoying the new challenge offered by the School Direct Teacher Training programme, which offers hands-on experience for prospective primary school teachers from day one, alongside university-based training.

He continued: "I was making a difference in the community alongside my role as an assistant branch manager, but I always wanted to work with children and make that difference daily, in teaching.

"I know I can take my life experience and skills into the classroom to support with children's learning.

"It has been very challenging, but I have absolutely loved the school experience at St Paul's Primary School in Gloucester and look forward to placement two at Coopers Edge School in Brockworth."