University of Gloucestershire graduate Adam Stoner is aiming for the stars, in an attempt to inspire the next generation of scientists.

Adam, who lives in Gloucester, hopes to promote a better understanding of the need to protect planet Earth.

He gained a first-class degree in radio production from the university, and is hoping to become the first person in the world to send a radio programme into deep space, in a project labelled Mission Transmission. 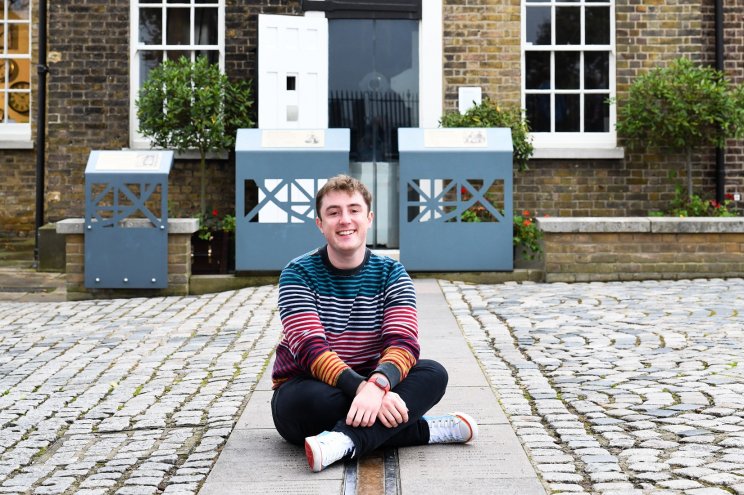 For the past six months, he and a team from children's radio station Fun Kids, where he works as a producer, have been building the technology to send a broadcast into outer space and securing a venue and contributors to take part in the record attempt.

It will take place on February 21, when a 30-minute programme will be broadcast live on the radio station from the Royal Observatory Greenwich.

The programme will include music that has been uniquely recorded to mark the occasion, contributions from NASA, the SETI Institute and children across the UK, along with interviews with experts, talking about what life in other parts of the universe might be like.

Adam Stoner said: "Last year was a massive year for space travel. We saw SpaceX launch the first all-civilian space flight and billionaires blasted themselves into the stratosphere. All of that was set against this backdrop of a global pandemic and doom and gloom around COP26.

"The purpose of this project is to inspire a new generation of dreamers and thinkers and fans of space and science and also to get children asking big questions about themselves, such as 'Who are you?', 'What do you love?' and 'What do you want to be when you're older?'

"Some of the questions submitted by children are awesome. We've had everything from, 'Is there spaghetti on your planet?' to 60-second speeches urging peace and friendship and cooperation."

The programme will be broadcast to 10,000 of the Earth's closest stars and sent as radio signal capable of travelling at the speed of light.

Guinness World Records and a panel of independent scientists will verify whether the record attempt has been successful.

Adam said he hoped the project would make people on Earth think more about how they can contribute to helping to protect the planet.

He continued: "There's this phenomenon known as the Overview Effect. It's something astronauts experience when they go to space and look down on Earth and realise that in all the blackness of space, Earth is our only home.

"In a small way, I hope that our broadcast does the same, and there is a fairly large section of the programme dedicated to the climate.

"We explain what climate change is, why it's bad, and ways in which our listeners want to help, whether it's collecting rubbish or creating new solar tech. That bit's not really for aliens, it's for us."

Adam has been producing digital and design content for radio since graduating from the university in 2016. The university's radio production degree course helped to pave the way for his future career in broadcasting and, potentially, earn him a place in the Guinness World Records book.

Adam said: "Before I went to university, I had no idea about how to edit audio. The lecturers on my course taught me everything about the practicalities of putting together a radio programme, while the wider university culture taught me how to approach people and make connections.

"In fact, I met my boss at Fun Kids, Matt Deegan, through a talk he gave during an event organised by the university and I was also heavily involved in the student radio station."