University of Gloucestershire's Dr Adeela ahmed Shafi has been presented with her MBE medal by the Princess Royal at Windsor Castle.

Dr Shafi, associate professor in education, was awarded the honour in the Queen's 2020 New Year's Honours List, in recognition of her contributions in research and services to social justice.

She received her medal from the Princess Royal during a ceremony attended by other award recipients in the majestic Waterloo Chamber at Windsor Castle. 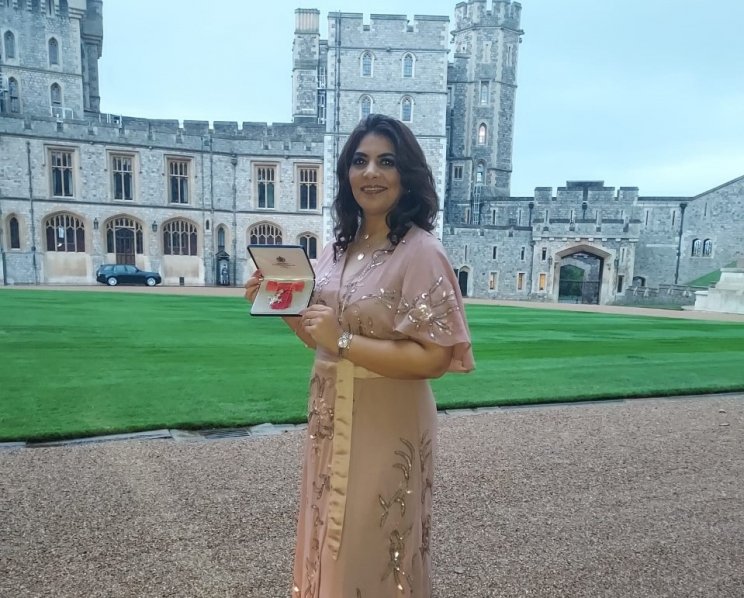 Dr Shafi said: "It was a wonderful day at Windsor Castle and a moment I'll never forget when I was presented with the MBE medal by the Princess Royal.

"I am very humbled to receive this honour, because that is what this is: an honour. It has been a privilege to do the work that I do with the people that I do it with, so this award is for all of us."

Dr Shafi has been at the forefront of developing Advance HE's Board Diversity and Inclusion Toolkit - the first of its kind for the sector - providing universities and other higher education providers with the support and information they need to tackle under-representation at board level.

Dr Shafi's ongoing activities include three current EU-funded projects on re-engaging young offenders with education and learning, involving partners in Spain, Italy and Germany, and a project seeking to develop the emotional and social competencies of young offenders through the use of games and sport.

She is the current vice-chairperson of the Avon and Somerset Police's Police Scrutiny Panel, engaging with the police and crime commissioner, councillors and representative groups.

A founding member of the Bristol Muslim Strategic Leadership Group, Dr Shafi is committed to equality and inclusion and, through her work, has contributed to research on improving board diversity in universities.

Dr Shafi was also recently appointed commissioner for race equality in Bristol by the mayor's office.

While the Queen's New Year's Honours List is made at the start of the year, the award ceremonies for the recipients are carried out throughout the rest of the year.