And just last week Maisey was shortlisted alongside fellow apprentice Connor Ward for the Gloucestershire Live Outstanding Apprentice of the Year (Public Services). 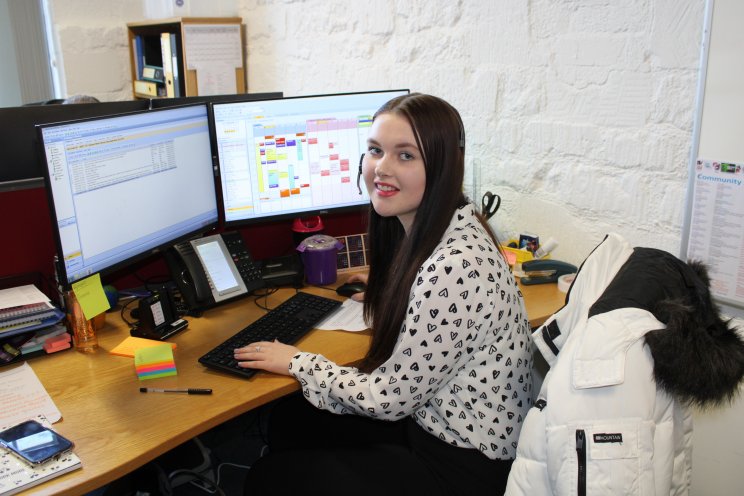 Maisey, aged 17, started her apprenticeship in the council's Community Services team after gaining 11 GCSEs at Archway School in Stroud.

She said: "I wanted to do something different to the traditional academic route for the remaining two years of my education.

"Most of my friends went on to do A-Levels and saw my decision as rather risky, but I wanted to build my skills and knowledge and do something that would prepare me for the world of work."

Since starting her apprenticeship, Maisey has achieved a Level 2 NVQ in Business Administration, and will now start work on a Level 3 qualification.

On hearing that she had won the award Maisey said: "It wasn't quite the live event that I originally expected, but nevertheless winning the National Intermediate Apprentice of the Year 2020 has been a big surprise and a great experience attending the virtual event in the lounge with my family is the next best thing!"

Cllr Doina Cornell, leader of Stroud District Council said: "I'm delighted for Maisey, who has a bright future ahead of her. The impact of the pandemic on young people due has been especially hard, so I am really pleased that Stroud District Council is able to support young people locally to take their first steps into employment through our apprenticeship programme."

Fiona Parsons, The South West Apprentice Ambassador Network co-ordinator, said: "Congratulations and what a star you are. To be a regional winner from hundreds of entries is great, but to beat all eight other regions to win the Intermediate Apprentice of the Year is a fantastic achievement for you.  Your family, friends and your employer must be very proud of you."

Stroud District Council employs 18 apprentices across the organisation, including six who are undertaking management apprenticeships. The council won the Gloucestershire Live Apprenticeship Employer of the Year 2020.

Have you got what it takes to join the police?

Gloucestershire Constabulary is one of 24 forces across England and Wales taking part in a national campaign to recruit 20,000 new officers.

Call for businesses to donate tech to support families during lockdown

A local council is encouraging schools and businesses to sign up to the national business2schools scheme to help get more equipment out to families who may need it during lockdown.

Landmark reforms that will transform post-16 education and training, boost skills and get more people into work, have been published by the government.