The police and crime commissioner for Gloucestershire, Chris Nelson, has officially opened a new centre for professional policing and criminology degree students at the University of Gloucestershire.

The university is the only provider in the South West Policing Region (Gloucestershire, Wiltshire, Dorset, Avon and Somerset, and Devon and Cornwall) licensed by the College of Policing to deliver the BSc (Hons) professional policing degree. 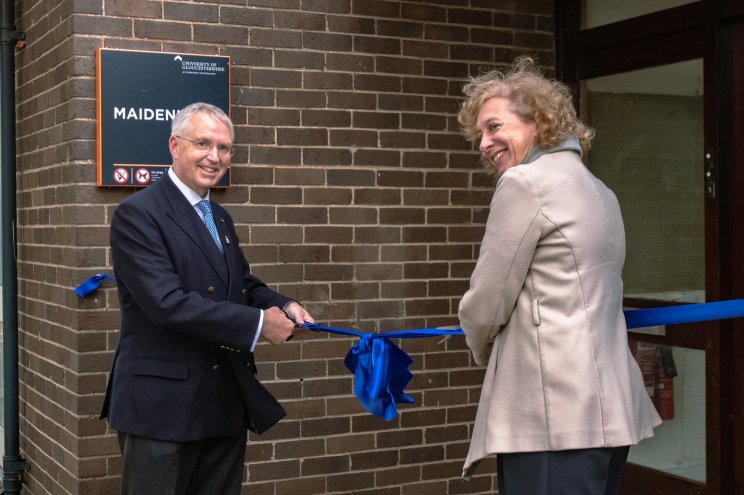 The Maidenhorn Teaching and Learning Facility, based at the university's Hardwick campus in Cheltenham, is the latest addition to its active teaching and learning amenities, providing students with a real-life modern policing experience in a safe environment.

Mr Nelson performed the ribbon-cutting ceremony with the university's deputy vice-chancellor, Professor Jackie Labbe, before enjoying a tour of the facility and taking part in a Q&A session with first-year professional policing degree students.

Chris Nelson, police and crime commissioner, said: "I am proud to be able to officially open the region's only centre for professional policing and criminology, and in doing so perhaps play a part in launching the next generation of police officers on their chosen career path.

"There are those who have questioned the need for police to be educated to degree level. Yet with the nature of law enforcement becoming ever more complex, officers are now just as likely to be patrolling online as on the street. 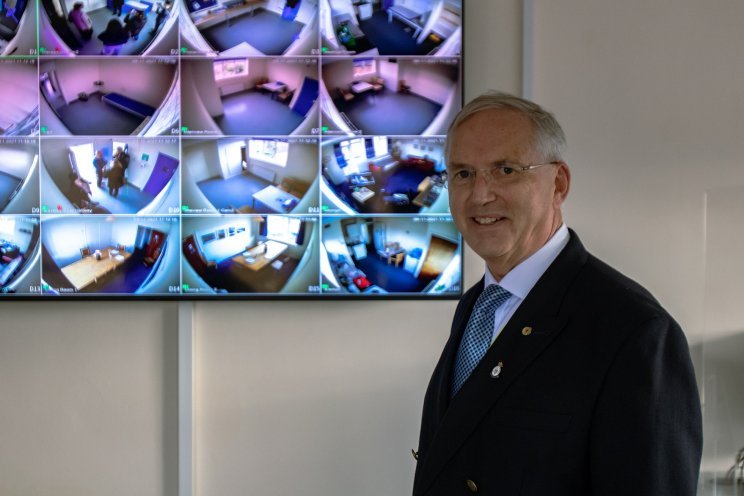 "The growing impact of cyber-crime in all its forms, means officers and staff need to be able to investigate and gather intelligence through information technology. This centre is helping to create a modern police force by giving them those skills."

This year, the University of Gloucestershire was one of only four universities where students completed a full BSc (Hons) professional policing degree qualification, with many of these students now in the process of joining the police service.

"The Q&A session was a great opportunity for our first-year students to find out more about Chris's role and responsibilities as PCC and important developments within policing.

"Maidenhorn will be used by students across our professional policing and criminology programmes, enabling them to learn and experience the core competencies and values required of today's graduate police officers.

"We believe the Maidenhorn Custody Suite is only the second of its type within a university setting, while the Maidenhorn Crime Apartment is a fantastic addition to our existing Crime House.

"Our professional policing degree course continues to go from strength to strength, with 55 entering the student cohort this year compared with 11 in 2017, and the new facility will help to further enhance the student experience."