The latest ONS figures show a 30 per cent drop in new construction apprentices between August and October 2020, compared to the same period the previous year.

Demonstrating the impact of Covid-19 on the scheme, more than one in five (22 per cent) companies that usually hire apprentices took on fewer in 2020, despite a fifth (19 per cent) of tradespeople believing they are more important now than ever. 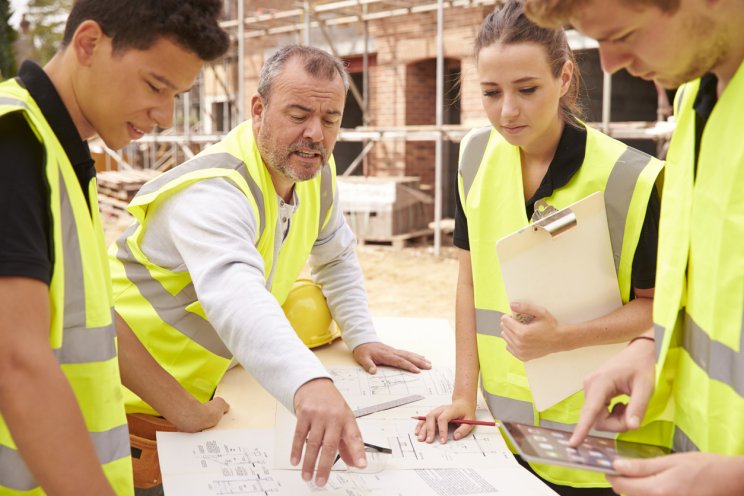 Commissioned by IronmongeryDirect, the UK's largest supplier of specialist ironmongery, the study also reveals that one in 12 tradespeople (eight per cent) believes the government hasn't done enough to support apprentices during the pandemic.

Looking at the year ahead, the positive news is that nearly a quarter (23 per cent) of businesses and tradespeople plan to hire apprentices in 2021. Building surveyors (34 per cent) and electricians (28 per cent) are the most likely trades to be looking for apprentices this year, while painter/ decorators and landscapers are least likely (15 per cent and five per cent, respectively).

Men in the industry are more likely than women to think that an apprenticeship is a great way for people to learn skills (31 per cent vs 23 per cent). Despite this, it is tradeswomen and female-led companies that are most likely to be looking for an apprentice in the year ahead, with a quarter of women (25 per cent) planning to hire a trainee, compared to only one in five tradesmen (20 per cent).

According to the Office of National Statistics, female apprentices in construction are on the rise, increasing by 19 per cent in the 2019/20 academic year compared to the previous 12 months. There are now 333% more female construction trainees than in 2014/2015. So far in the 2020/2021 academic year, the percentage of female new starters has increased to nine per cent, suggesting the growth is set to continue.

The statistics also reveal a changing story for BAME apprentices. While they made up only six per cent of new construction apprentices in 2019/2020, this represents a 16 per cent increase on the previous year and an 82 per cent rise since 2014/2015. Despite the challenges of the coronavirus pandemic, the proportion of BAME trainees continues to grow, as they make up eight per cent of new starters so far this academic year.