Colleges across across the South West still have a limited number of free places for school leavers and students looking to change course or career.

The Military Preparation Colleges at St Michael's Square in Gloucester and Temple Back in Bristol prepare 16-19-year-olds for a wide variety of careers both in and out of the armed forces.

The colleges are inviting young people who either failed to get the GCSE grades they needed, are struggling to identify a career path or who wish to withdraw from their current college course to enrol free of charge. 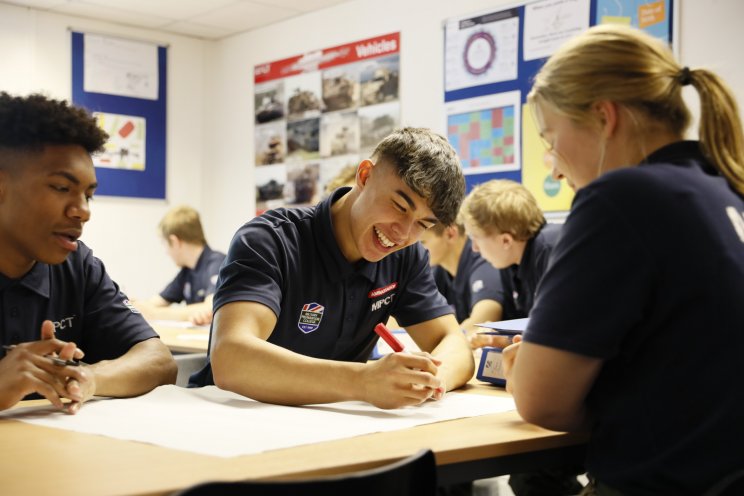 The South West colleges are among 28 MPCs across England and Wales. Their range of courses help youngsters develop their fitness and achieve qualifications and skills for future employment.

The organisation has a recognised success rate, with 97 per cent of learners either finding employment or progressing to further or higher education - above the national comparative of 85 per cent.

MPCs are funded by the Department for Education and each one of the courses is run by instructors who are all ex British Armed Forces personnel.

While many students go on to join one of the three services - the Royal Navy, the British Army and the RAF, many others use the skills they have gained as a springboard to further or higher education or as a route to civilian jobs.

So far, MPCT has trained more than 20,000 learners across England and Wales and has helped enlist almost 5,000 young people into the military.

"Some are keen to join the military, some are being held back by poor academic results or lack of self-belief, while many simply don't know what they are capable of and what sort of careers are out there for them.

"By bringing their education and physical fitness up to scratch, boosting their self-confidence, self-worth and educating them on the options a career in the military can offer, we allow them to make an informed choice.

"Not all our learners enter the military by any means, but the skills they learn on our courses are transferrable into any workplace or career.

"Learners can start when they like and leave when they are fully prepared for whatever career they have chosen."

To find out more about the South West's Military Preparation Colleges, prospective learners and parents and guardians can visit www.mpct.co.uk or call 0330 111 3939.