Hartpury supergrooms at the heart of equestrian medal success

Hartpury University and College alumni continue to play a supporting role across a number of sports at Tokyo 2020, including in equestrian; where the British team has already enjoyed great success.

Former FE student Lucy Scudamore, and undergraduate alumni Francesca Gorni and Steven Caley, have all been working as grooms in Japan, helping to prepare the horses ahead of their competition and taking care of their wellbeing and turnout throughout.

Lucy Scudamore, who has supported British Grooms Association Ambassador Alan Davies in Tokyo, works with both Carl Hester and Charlotte Dujardin, having secured her role after taking a placement with Carl during her studies. Lucy played a pivotal role in supporting the transportation of horses to Japan and also helping to settle them upon arrival. BSc Equestrian Sports Science student Steven Caley performed grooming duties for the imposing Everdale, who looked outstanding with Charlotte Fry as the pair made their Olympic debut during the opening dressage discipline.

Former BA (Hons) Equine Business Management student Francesca Gorni had the honour of grooming for another Olympic debutant, Tom McEwen and his horse Toledo De Kerser. Francesca was pictured across the British Grooms Association social media channels looking full of pride and emotion as she celebrated the immaculate rounds of jumping that secured Team Gold and Individual Silver for the combination. 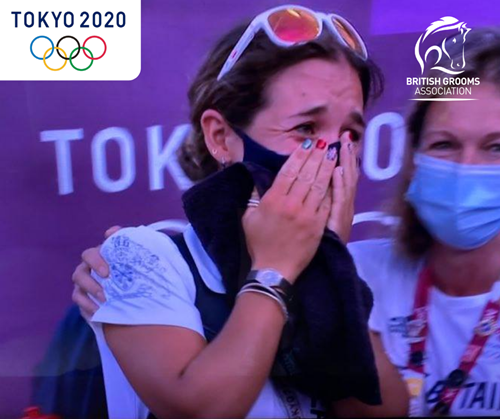 On Wednesday, Ben Maher helped Great Britain to a fifth equestrian medal of the Tokyo Olympics equalling the record haul at the London 2012 Games; Maher won by 17 hundredths of a second, delivering a memorable jump-off round to take the Olympic crown.

Students across Gloucestershire are celebrating the end of two years’ hard work, with their A Level results.

Students across Gloucestershire receiving their A-Level results are being urged to consider an apprenticeship in construction by Barratt Developments.

Two music business graduates from University of Gloucestershire have helped to create a series of videos aimed at improving accessibility to major festivals.