Hartpury rugby alumni out in force at Six Nations

Harry Randall, who studied a Level 3 Extended Diploma Sport (Performance and Excellence) in rugby at Hartpury College, has a chance to become the latest former student to make his Six Nations debut, after being named in the senior England squad for the first time.

Harry's call-up to the showpiece tournament further demonstrates the success of the rugby pathway at Hartpury - a RFU University Partner - that last year saw it ranked number one in the world at producing professional rugby players. 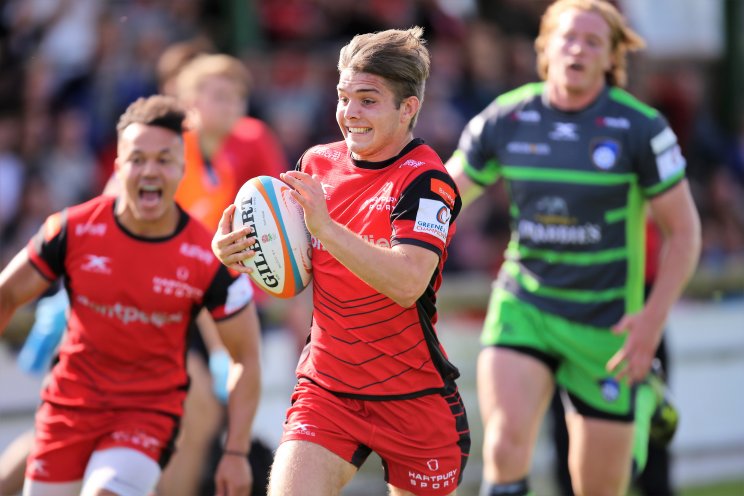 Harry joins Dan Robson, Jonny Hill, Jonny May and Ellis Genge in the defending champions' star-studded line-up ahead of the first round of fixtures on 6th February, while another former Hartpury College student, Alex Craig, wins his chance to impress in the Scotland squad.

The Wales squad includes Louis Rees-Zammit, who was named the Rugby Players Association's young player of the year last season, while another former Hartpury College student, Billy Burns, has been selected to be part of the Ireland squad.

Tom Radcliffe, director of elite sport at Hartpury, said: "Many congratulations to all 11 of our former students who have been selected for this year's Six Nations Championships, in particular Harry Randall following his landmark selection to the England squad.

"It's a fabulous honour for the players to be representing their countries and we're looking forward to following their progress closely during the tournament - we wish them all well.

"Their achievements highlight the continuing success of our rugby pathway, which provides a unique platform for college rugby, university rugby and Championship rugby all on one site."

Rugby students at Hartpury - one of the world's leading sports education institutions - have access to a range of world class-facilities.

Hartpury's new £8.8 million Sports Academy includes a including a biomechanics laboratory, a rehabilitation suite featuring an anti-gravity treadmill, and a human performance laboratory with an altitude chamber, and a sports hall.

As well as running Hartpury University RFC - the only student-led team in men's rugby's Greene King Championship - Hartpury is the training centre for Gloucester Rugby and has strong relationships with England Rugby.

As Pride Month draws to a close, the 2022 UEFA European Women’s Football Championship is set to be an exemplar of LGBTQ+ inclusion.