Jack has been playing for the League Two side on a temporary basis recently.

The signing is an endorsement of Hartpury Sport's dual career pathway - which enables young student athletes to gain an Ofsted outstanding education whilst training with its Sports Academy, ready to transition into elite and professional ranks. 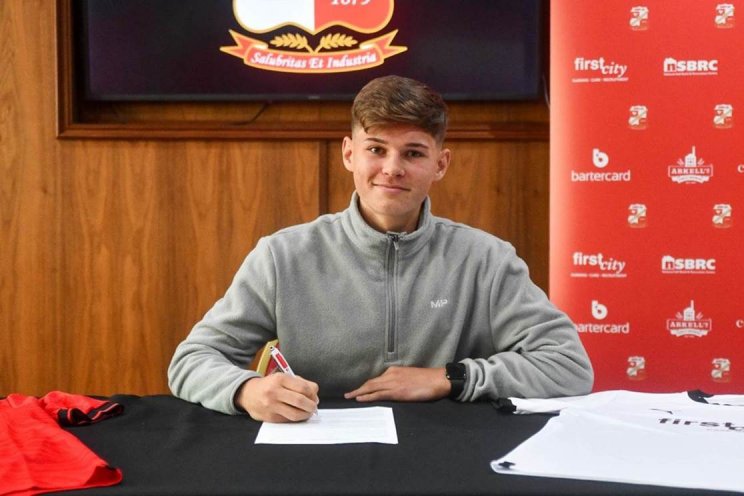 The talented goalkeeper has just completed a Level 3 Extended Diploma in Sport (Football) with the highest grade possible (D*D*D*).

Jack has been playing football in Spain since the age of 9, returning to the UK with his family in 2020. He enrolled at Hartpury to continue his academic and football development, where he quickly demonstrated an excellent attitude combined with his abilities as a goalkeeper.

Jack also joined Tuffley Rovers in Gloucester where, in addition to playing for the U18s, he became established as a regular in the Hellenic Premier League. He also helps to run the Ledbury Goalkeeping Academy.

"The environment at the college helped me develop not only as a footballer, but also as a person. I can't thank the staff and my fellow students enough for the support and encouragement they gave me. Their support has allowed me to be ready and in the best possible position to take this opportunity at Swindon Town."

Shaun Gluyas, lecturer in football studies and a junior development football coach at Hartpury College, said: "As a group of staff at the college, we're all incredibly pleased for Jack and proud of how he has achieved this thoroughly deserved opportunity.

"Jack is not only very talented as an athlete, but has been dedicated to all aspects of his development from both a footballing and academic perspective, and we look forward to following the next steps in his journey."

Students playing and training with Hartpury's 10 competitive Sports Academies are supported to achieve success in their academic learning as well as their sport, with training timetables designed to fit around their studies.

As a Dual Career Accredited Site, Hartpury is an important extension of a network of universities partnered with TASS - which is backed by Sport England - delivering core support services to student athletes.