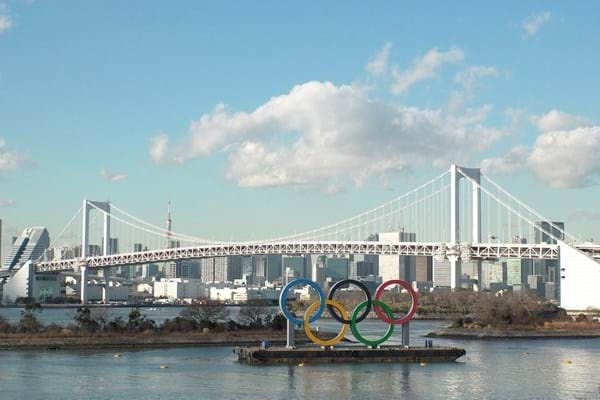 28 staff and students from Hartpury University and Hartpury College will be in Japan this summer to compete, officiate or support the British team in the Tokyo 2020 Olympic and Paralympic Games.

It's not the first time Hartpury has been well represented on the global sporting stage. Students and staff took active roles in the 2016 Rio Olympic Games also.

In Tokyo, on the water, five former students and staff became the first alumni to be named in a Team GB rowing squad. Sisters Charlotte and Mathilda Hodgkins-Byrne and Chloe Brew, who all studied A-levels at Hartpury, were among the 45 rowers selected to represent Team GB at Tokyo's Sea Forest Walkway.

The trio were all members of the Rowing Academy at Hartpury - a national centre for British Rowing's World Class Start programme.

Five MSc Professional Development in Sports Coaching students, enrolled on the course as part of UK Sport's Coach Leader Programme, are representing Team GB in coaching roles across a number of disciplines.

Rugby sevens made its debut at the Rio 2016 Olympic Games and continues its popularity as a fast and furious sport. The Hartpury contingent made up one third of the players named across both the men's and women's squads, an incredible achievement by any standards.

Dan Norton, who won a silver medal at the 2016 Olympic Games in Rio, was in action with Team GB's men's team who had to settle for fourth place behind Argentina.

Later in the summer, Phillip Cheetham, Equine Director at Hartpury, will head to Tokyo as Assistant Chief Steward for the para dressage. This will be his fourth visit to a Paralympic Games in an official capacity.

"We're delighted to see so many former and current students, as well as staff, out in action at the Tokyo 2020 Games," said Tom Radcliffe, Director of Elite Sport at Hartpury.

"To have former students and staff in the Team GB Olympic rowing squad for the first time, as well as having a one-third of the entire rugby sevens GB squad, is just outstanding.

"We are also particularly proud to have so many staff and students working in supporting roles, whether officiating, coaching or grooming. These roles are all vital components of elite sport and we hope our representatives in Japan help to inspire the next generation as we look forward to the autumn term," he added.