The achievements of thousands of graduates are being celebrated at University of Gloucestershire's 2022 graduation ceremonies, attended by its newly appointed chancellor, Lord Michael Bichard.

This week's ceremonies, which start today (November 23) provide 2,037 graduates with the opportunity to celebrate their achievements during their time at the university with family, friends and the academic and professional teams who have supported them.

As part of the celebrations at Cheltenham Racecourse, the university will confer honorary awards on eight individuals who have made an outstanding contribution in Gloucestershire, nationally or on the international stage. 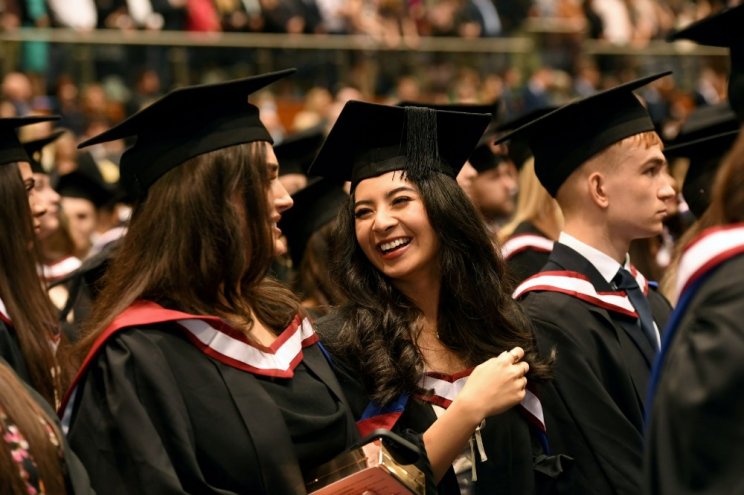 This year's recipients include Lord Bichard's predecessor as chancellor of the university, Baroness Rennie Fritchie DBE, who will be awarded an honorary doctorate of the university - the most senior level of honorary award it confers - in recognition of her support over many decades.

Ceremonies for students from the university's School of Natural and Social Sciences and the School of Arts will be held today, presided over by the Bishop of Gloucester, the Right Reverend Rachel Treweek, pro-chancellor of the university.

Tomorrow (November 24), ceremonies will take place to celebrate the achievements of graduates from the Gloucestershire Business School, School of Health and Social Care and School of Computing and Engineering, presided over by Lord Bichard.

The accomplishments of students from the University's School of Creative Industries, School of Sport and Exercise and School of Education and Humanities will be recognised at ceremonies on Friday (November), also presided over by Lord Bichard.

Lord Bichard, who was inaugurated as chancellor last month, said: "I'm truly honoured to be attending this week's graduation ceremonies - one of the most important dates in the university's calendar - for the first time as the chancellor.

"This week's ceremonies are a fabulous opportunity for friends, family and, of course, everyone at the university, to congratulate this year's graduates on their academic achievements and to wish them well on the next stage of their journey and future careers.

"We're also extremely pleased to announce the names of such an outstanding group of individuals as recipients of our honorary doctorates and fellowships this year.

The other honorary fellowships and doctorates for 2022 are: