A student at Cheltenham Bournside School and Sixth Form Centre has been named the winner of the Bournemouth Young Researchers Prize.

Ben, a year 13 student, received the prize for his research project into knife crime.

The prize is open to students from around the UK, who are working towards an Extended Project Qualification (EPQ). 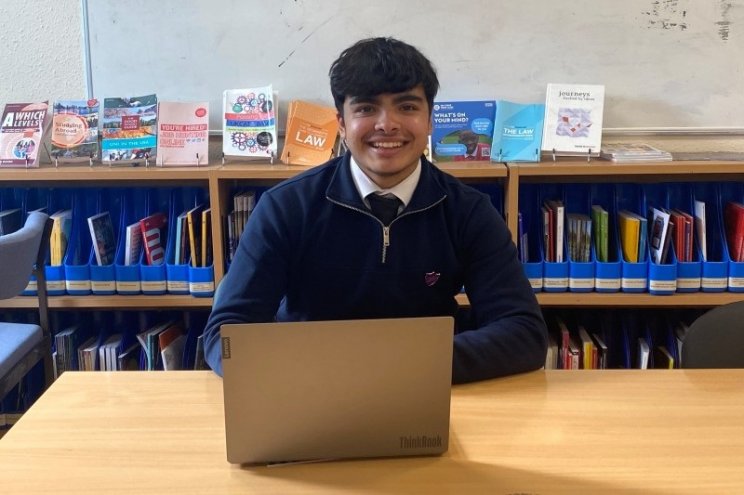 Ben's winning project looked at the extent to which Stop and Search has an effect on knife crime in Gloucestershire.

Ben said: "I am proud to be a winner, this was a chance for me to showcase the research that I worked incredibly hard on. The most enjoyable part is that the message of my project has clearly spread."

Mrs Askew, Ben's EPQ supervisor, said: "Ben's recognition in the Young Researchers Prize is very well deserved! He showed real tenacity when seeking first hand sources of information for his research on the effectiveness of Stop and Search on knife crime in Gloucestershire, securing himself interviews with the MP for Cheltenham and senior police officers within Gloucestershire Constabulary.

"Ben worked extremely hard on his EPQ and showed an excellent ability to develop his project independently and organise his time effectively. The research skills he displayed throughout his EPQ will undoubtedly serve him well in his studies beyond sixth form."

Beth Matthews at Bournemouth University said: "We received extremely high-quality projects to review this year and it has been a privilege for our teams to read through each submission. Choosing a winner was not an easy task!

"The prize aims to celebrate hard work, inspire the next generation of researchers and provide entrants with experience for future applications."