Gloucestershire College is the first college in the country to switch to 100% renewable energy, after more than 3,000 solar panels were switched on last week at its Gloucester and Cheltenham campuses.

Gloucestershire College has pledged to become carbon zero much sooner than the Government's target of 2050. 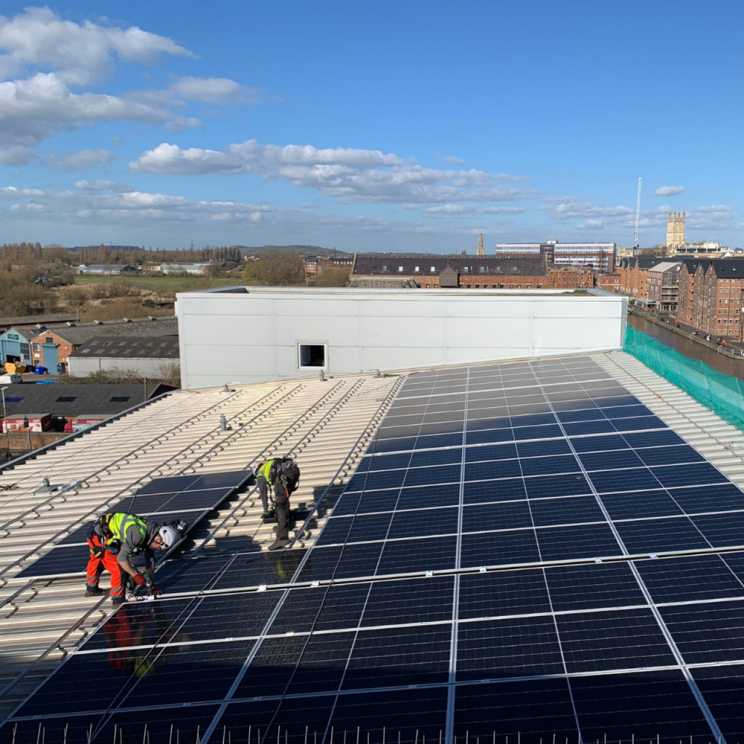 It is the first college in England to drive decarbonisation, aiming to deliver net zero campuses by 2030 and operate renewably and responsibly across its three campuses - in Cheltenham, Cinderford and Gloucester - including resources, facilities and transport links.

In fact, the college is on track to achieve its net zero goal much sooner than 2030, thanks to significant building works which took place over the past year, with the installation of ground source heat pumps, solar panels and smart battery storage to enable it to move off grid and over to its own 100% renewable energy system.

Matthew Burgess, principal at Gloucestershire College, said: "We are committed to engaging and educating our staff, students and the wider community on the importance of acting now for climate change, and how we can all work together to help save our planet."

The solar panels installed on the roofs at Gloucester and Cheltenham campuses have been commissioned in time to make the most of long summer days and begin to harness and store solar energy on site.

In total, 3,245 solar panels were installed across the two sites. Over the next 25 years, it's expected that this will see a carbon reduction of nearly 6.5 million kg.

The final 200m deep borehole has been completed at the Gloucester campus, and the car parks have been returned in time for the final stretch of the summer term.

Once the final mechanical and electrical works are undertaken, smart energy controls will be implemented to optimise energy use and balance the college's energy needs to use power at economic times. This is the greatest and final step in Gloucestershire College's GC Zero journey, which will see the Gloucester and Cheltenham campuses convert to using the new, renewable energy systems.