The head of Gloucester Rugby's Academy has highlighted the importance of its relationship with Hartpury in the development of potential future stars.

Eight players from the Premiership club have joined Hartpury University RFC - the only student-led team in the Championship - on loan in preparation for the start of the new season next month. 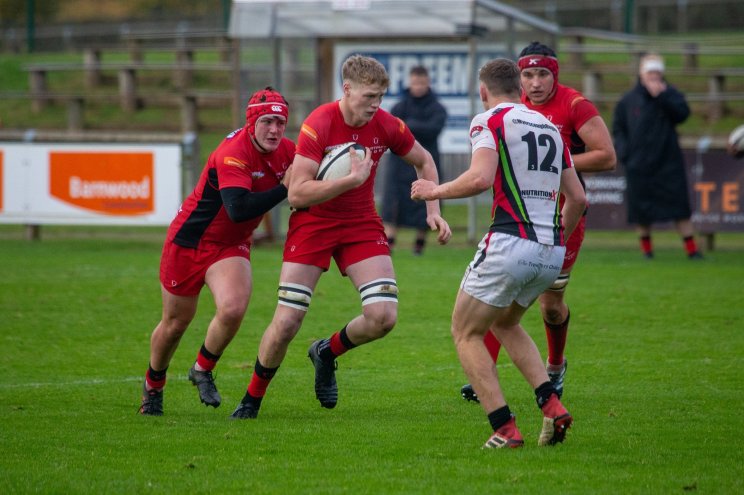 Only first-team matches in the Gallagher Premiership have been allowed to take place while Covid-19 restrictions have been in place, meaning many of Gloucester Rugby's Academy talent haven't played for 12 months.

Peter Walton, head of Academy at Gloucester Rugby, said the relationship with Hartpury, where the club's training centre is based, provided the players with an opportunity to gain valuable game time until Championship fixtures resume on 6th March.

He said: "There's no substitute for playing - you need to play. That's why it's important with our relationship with Hartpury RFC that our players are able to get some rugby.

"We'd rather have our players playing than being sat in the gym. Hopefully they get some game time with Hartpury, but there is no guarantee as they've got a big squad, but they've been training with Hartpury for the last three months.

"It's a good chance for them to play some Championship rugby."

John Barnes, director of rugby at Hartpury, said: "Hartpury's rugby programme and Gloucester Rugby have enjoyed a very strong relationship over the years, with many of our students progressing into professional contracts with the Cherry and Whites.

"We're delighted that several of the talented Gloucester Academy players who are joining us this season are former and current Hartpury students.

"They'll know all about the hard work we put in to prepare our players for matches, so they're ready for the challenges ahead.

"It's great to have them aboard and we look forward to playing some games of rugby again!"

Last year, Hartpury was ranked number one in the world at producing professional rugby players, with more than 200 Hartpury alumni having played international rugby or signed professional contracts.

Girls and young women in Gloucestershire are set to benefit from an innovative new mentoring initiative.

The DigiBus will be out and about in Gloucester next week, offering digital skills training to beginners.