Women could help to fill the estimated 210,000 vacancies in construction, but gender inequality is still a big issue in the industry.

The construction industry is one of the largest contributors to the UK economy, employing 3.1 million people.

Construction is an industry that will never be short of work, with large-scale projects that require experienced hands and minds to create. But diversity and inclusion are crucial to industry progression. 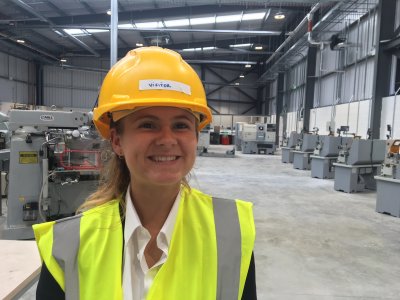 Currently around 12.5 per cent of the construction industry workforce in the UK is female, with most roles in engineering, design, and administrative positions.

The gender pay gap in the industry is 20 per cent, higher than the UK average of 18 per cent, according to Macdonald & Company 2019 Rewards and Attitudes survey.

In addition, the survey found that 72 per cent of female construction workers had been subject to some form of gender discrimination.

Construction suffers from archaic stereotypes, which create a negative stigma of workers in the industry.

From a young age, girls and women are taught that construction is not an attractive career to pursue. The stereotype that women aren't strong enough to work in the industry comes from sexism and a lack of truth, according to van leasing company, Van Ninja.

Data from JCQ shows that A Level subjects useful for construction, such as computer sciences, design and technology, maths and physics, are heavily skewed towards male students.

Could we see a future where the workforce is not only split more evenly between men and women, but one where non-binary, gender fluid, and others whose gender identity differs from the traditional could feel comfortable?

The Construction Skills Network found that the UK will need to fill 210,000 jobs in the industry, and these could be filled by women and young jobseekers.

Making these roles and the wider sector more attractive to potential candidates from a young age, through work with schools, colleges and universities, could be the key to bridging the gap and bringing in new workers.