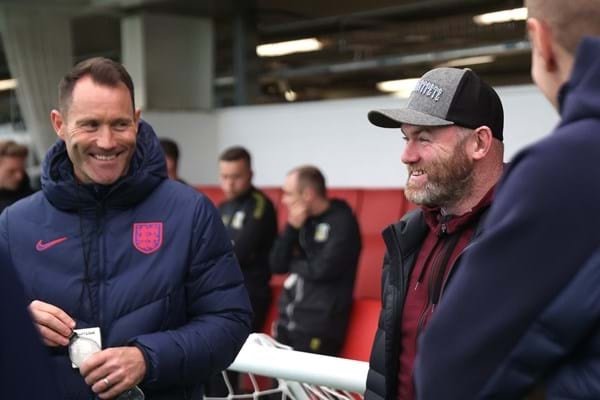 Hartpury's former Junior and Senior Football Academy Manager Steve Guinan is heading up a new FA initiative aimed at supporting current and former England international players as they move from playing into management.

Backed by England manager Gareth Southgate, the bespoke and individualised programme will provide England footballers with an understanding of modern day management and leadership required to succeed at the highest levels of the game.

Steve Guinan, senior professional game player to coach lead at the FA, said: "The majority of professional footballers want to stay in the game in some capacity and it's not surprising that a large number of them go on to become coaches and managers.

"What we're trying to do at the FA is to encourage more of them to stay in football because we want to embrace their knowledge and keep it within the game.

"No English manager has won an English domestic trophy since 2008 when Harry Redknapp won the FA Cup with Portsmouth.

"We're trying to increase the quality and quantity of English managers and coaches and, hopefully, enable them to gain positions where they're able to have an impact and play a large part in winning a trophy.

"Some players may get a manager's job purely on the basis of the profile of their playing career, but then they've literally got to learn on the job.

"The new IPC2 programme aims to give England players the tools to accelerate that process so they've got a better chance of being a success."

The former Cheltenham Town and Forest Green Rovers striker looked back positively on his time at Hartpury, from where he went on to lead the England Universities team and become assistant coach of the Great Britain Universities squad.

He has since held a number of key positions within professional football, including Regional Coach Educator at the Professional Footballers' Association, talent reporter within the FA's Talent Identification Department and his current role as Senior Professional Game Player to Coach Lead.

"Looking back on my time at Hartpury, it's one of the greatest experiences I've ever had and it's opened up some great opportunities," he said.

"When I accepted the role, I was definitely aware of the fact that I wasn't going into a college or university that was way behind the curve and a struggling football centre - it was one of the best, if not the best.

"The football programme, the facilities and how Hartpury invested in it was absolutely second to none.

"It was effectively like coaching a professional team with the resources and facilities you had, and it was quite evident from early on that a number of players across all the teams were pretty special."