Since changing its policy on job adverts, the number of women hired for top roles at Zurich insurance has risen by 33 per cent.

And a government-backed study for the firm suggests that women are 20 per cent more likely to apply for senior roles if they offer flexible hours, as reported by the BBC.

Women are more likely to have caring responsibilities and struggle to progress into more senior roles which don't offer flexible working options, with some talented women even leaving the labour market as a result.

The company, which employs 4,500 people in the UK, started advertising job share, part time or flexible options for all of its job vacancies last year. 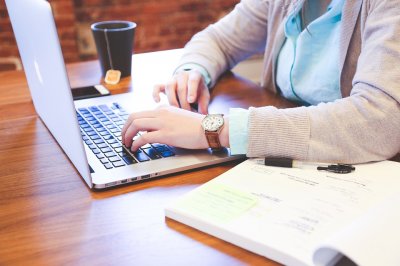 The research found that women had struggled to progress in their careers at Zurich in the past. It also found a lack of applications from women for senior roles, many of which had not been available on a flexible basis, which female employees said made them less likely to apply.

The company said adding 'offering flexible working arrangements' to its job adverts had made a huge difference. Offering roles which could fit around family life means Zurich now has access to a much wider pool of talent.

The company had a gender pay gap of 20 per cent, and the lack of flexible working arrangements in senior roles was one of the underlying reasons for it.

The study looked at Zurich job vacancies between March 2019 and February 2020 and found that more men also applied for roles which offered flexible working options, suggesting the issue was important to them too.

Existing part-time employees at the company also felt a greater sense of belonging, due to the change, with some workers having previously felt judged for not working full-time.