This is something which has never been achieved before.

Twenty-two year old Ella won a gold medal for the first stage of the 2022 Hyundai Archery World Cup for compound archery in Antalya, Turkey in April this year. 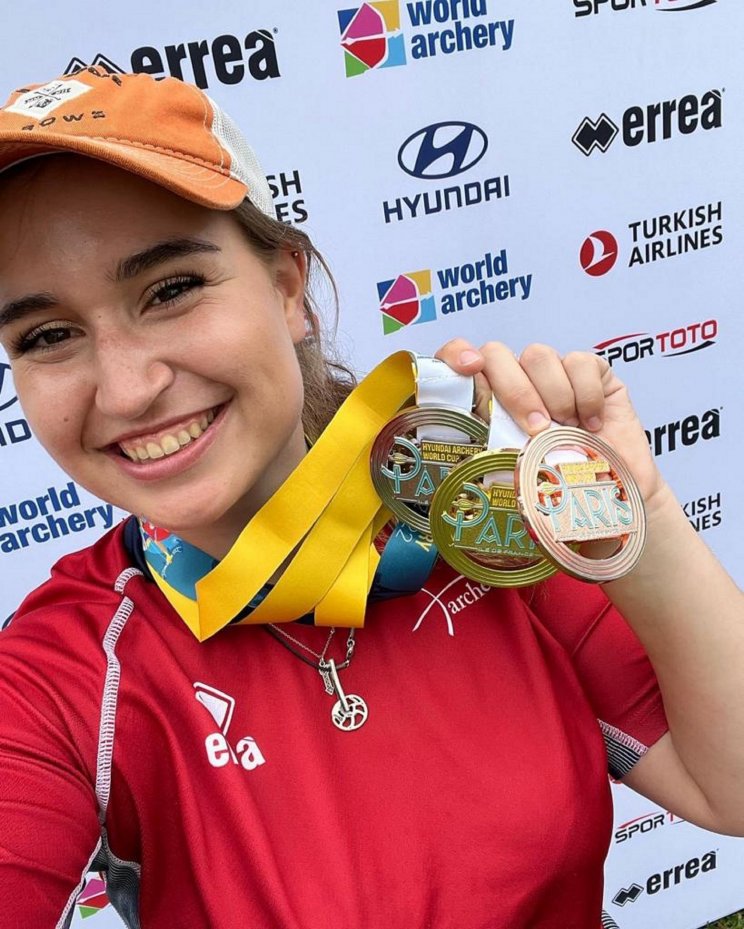 Last weekend, she took part in the Paris stage of the 2022 World Cup competition and scooped three more World Cup medals - a gold in the individual category, silver in the women's team category and bronze in the mixed team. This makes her the most decorated GB female compound archer ever.

Ella Gibson said: "The weekend started amazingly with me creating a new European record in qualification. Things just got even better with the gold medal match. I felt so relaxed for the majority of it and honestly just loved being out there shooting. I feel like it's where I belong, and I'm thrilled to have won my second World Cup gold of the season."

This ground-breaking achievement means that Ella has risen up the world rankings for female compound archery and is now ranked as number two in the world.

The Hyundai Archery World Cup is archery's annual international elite competition for athletes representing their national teams. It consists of four stages and a grand final, where only the best archers from across the season are invited to compete.

Her podium-topping performance in Antalya earlier this year ensured her direct qualification for a place in the World Cup Final in October 2022 in Mexico, where she is on course to win the title of Hyundai Archery World Cup Champion.

Nicky Hunt, archery GB performance coach, said: "Ella Gibson is the one to watch. She went out in Antalya and won the first stage, securing a 2022 Hyundai Archery World Cup Final place. Ella's on a roll and I think she's going to do it!"

Ella, who travels to the national centre in Lilleshall to train for five hours every week, said: "I'd like to thank Jon Nott, who has been my coach since 2018 as well as Simon Scott, my line coach, and all those at Lilleshall, who have helped me on this incredibly successful journey."

Ella lives in Cirencester with her father, Rob Gibson, owner of Dolcetti Ice Cream Limited and mother, Janice, a senior co-ordinator with the charity Home-Start Cotswolds.

Ella is now looking forward to being one of only five competitors for team GB representing her country at the World Games, which is equivalent to the Olympic Games, taking place from July 7-17 in Birmingham, Alabama, USA.