A team of Cirencester College students has successfully kayaked the length of the River Thames to raise awareness of water pollution.

Starting at the source of the Thames on July 13, students David, Joshua, Jonnie and Sam began their journey, accompanied by Stuart Williams, head of outdoor courses at the college. 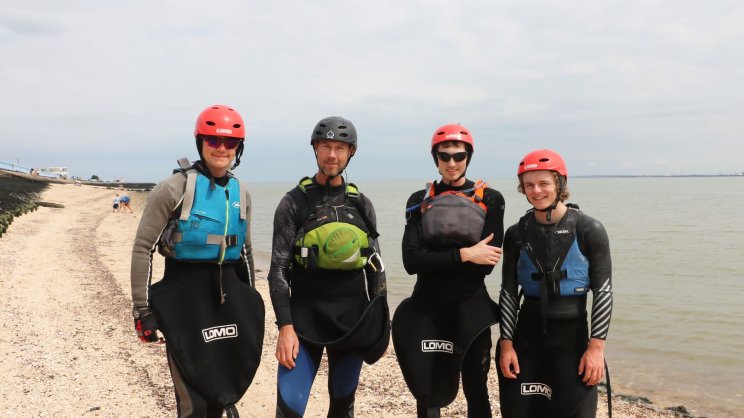 The team of water sports enthusiasts carried their kayaks for the first 11 miles, as the water was too shallow to kayak in. They were forced to lift the kayaks, full of equipment, over multiple stiles before they reached a point where they could safely enter the water.

They kayaked the remaining 189 miles, starting at 5am each day and spending approximately 10 hours a day on the water. They averaged 40km a day and collected over 25 water samples along the route, to determine the severity of water pollution in different sections of the Thames.

Stuart Williams from Cirencester College said: "The hardest parts were lifting and carrying the 50kg boats, the 36-degree heat and the 5am starts each day, but the students proved themselves. They nailed it!

"The idea was a collaborative effort, which came to fruition after several years of planning."

They reached their final destination of Canvey Island, Essex on July 21 and raised over £2,200 for Surfers Against Sewage, surpassing their original fundraising goal of £1,000.

Surfers Against Sewage strives to make changes to polluted rivers and make a better environment for wildlife and water sports users.