Employer investment in training has fallen since its introduction, according to the HR body - with few apprenticeship starts and fewer apprenticeships going to young people, as reported by the BBC. 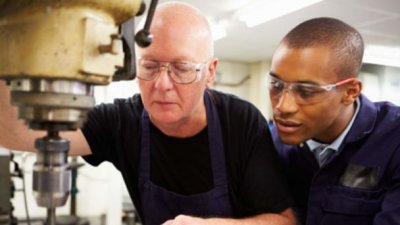 The CIPD believes that, without reform, the apprenticeship levy will have a damaging effect on investment in skills.

The apprenticeship levy takes 0.5 per cent of the salary bill from major employers in England, so that the money can be used to provide skills and improve skills.

Some business owners say the rules of the scheme, allocating a certain number of hours spent on-the-job versus in a classroom, don't suit their workforce and make it harder to implement.

The chief executive of the CIPD said that adding more flexibility would allow bosses to fund their employees through technical or vocational courses in further education colleges, which aren't currently covered by the scheme.

The chancellor is set to announce an extra £126m for traineeships in England in Wednesday's Budget.

The scheme will include a new "flexi-job" apprenticeship, which will allow apprentices to work with a number of different employers in the same sector.

Rishi Sunak is set to raise the cash incentives for employers who take on any apprentice to £3,000.

Masters degree will focus on animal welfare and legal system

A new postgraduate degree launched by Hartpury University focusing on animal welfare and the UK legal system will equip graduates with the expertise required for management roles within the animal welfare sector.

Gloucester-based BiGDUG has a number of vacancies available for the right candidates now.

Bookings are now open for Hartpury University’s next postgraduate open day in July.