Banking apprenticeships from entry-level to Masters

Metro Bank staff are the first in the UK to complete the Masters level apprenticeship for senior banking professionals. 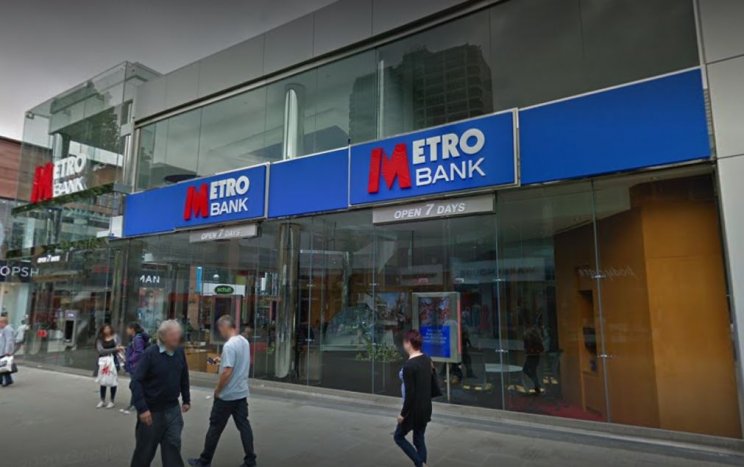 To date, 145 Metro Bank staff have successfully completed their apprenticeship programmes, including 16 people who have finished the two-year part-time degree.

Carol Frost, chief people officer at Metro Bank, said: "Many people delay changing careers, because they don't believe they have the right skill set and believe a career in financial services is only for the chosen few. Nothing could be further from the truth. Breaking into banking using the apprentice route is one way to undertake career development."

Aidan Moore, is one of Metro Bank's commercial banking managers, working in the large commercial and specialist sectors team. He joined Metro Bank as an apprentice cashier in 2015, after finishing his A Levels.

He said: "Before joining, I knew very little about banking, other than my experiences as a customer. Working in store, I really learnt a lot from my colleagues and got a solid grounding in the services we offer our customers."

After completing his apprenticeship, Aidan moved on to become a customer service representative, where he serviced and opened accounts for both retail and business customers. He was then fast-tracked through the local business manager programme, before moving onto the local director programme.

He said: "As a relationship manager, I honed my management skills and this was a great stepping stone to my current role. The learning curve coming into commercial has been steep, but the support has been great and I'm really enjoying the challenge.

"In my current role the variety is incredible - from dealing with professional sports clubs to high street retailers, established businesses of 75 years+, to exciting young tech firms, I understand how we support our customers to grow their business.

"I would encourage anyone to consider an apprenticeship if they want to take on a new role and especially with a company like Metro Bank, which places so much emphasis on looking to recruit people based on the raw talent they can see, rather than just what they have previously done."

Research from Jobrapido shows that more than half of employees (52 per cent) would embark on an apprenticeship, if it could support a career change or move to a different industry sector.