Gloucestershire-based Snape Contracting has nominated one of its apprentices for the 'Rising Star' award as part of the 2021 National Apprenticeship Awards.

The company, which has offices in both Cheltenham and Gloucester, has developed and formalised its apprenticeship programme over the last 12 months and its nominee has benefited from this, as well as putting in the hard work himself.

Luke Hawkins, 22, is currently working at Snape's major works site in Malvern, where the company is refurbishing Malvern Foyer.

Luke is from Gloucester and went to Churchdown School. Following his GCSEs, he went to Hartpury College to study Sports Performance & Excellence (Football). From there, he decided to follow his friends into the construction industry and saw an apprenticeship as a potential path to follow. He joined Snape Contracting to complete a multi-trade apprenticeship. 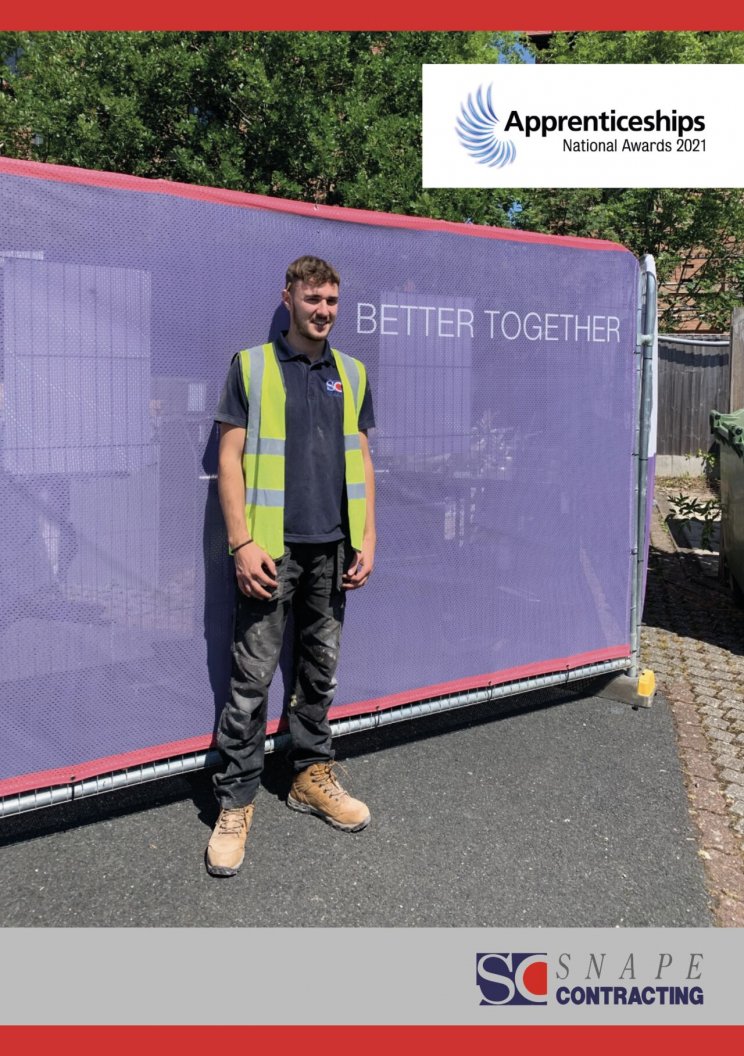 Snape finds that allowing people the opportunity to undertake multi-trade apprenticeships gives them a feel for all trades and is a great lead into a specialist trade apprenticeship. The company support individuals in gaining hands-on experience on a variety of jobs across different sectors, including education works, social housing and commercial projects.

Coming to an end this September, his certain level 2 course pass will see him transition into full employment with Snape Contracting.

He has already worked on exciting projects such as Pershore Civic Centre and Belmont School. This has been possible thanks to the four days work/ one day study pattern of each week.

During his days at college, Luke typically spends a couple of hours working on theory and then the rest of the day on practical work. Whilst working with Snape for the remaining four days of the week, he is supported with on-the-job training and mentoring from qualified team members. He also has a dedicated manager to provide guidance and ensure complete integration with our friendly teams.

Luke has aspirations to work his way up in the company and to become a contract manager or similar. Snape encourages this progression and its 'home grown' approach to training and keeping people in the business serves the company and the individual well.

Luke follows into the footsteps of many others who have used apprenticeships as a springboard to a career in construction and construction management.