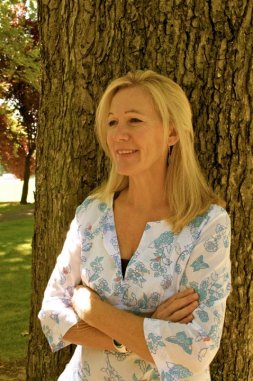 A Gloucestershire educational charity is supporting a national campaign to enable all children to have access to the outdoors during their school years.

Hartpury University has been shortlisted in five categories in this year’s Whatuni Student Choice Awards (WUSCA).

Free event: How your local university can help your business grow

The University of Gloucestershire is holding a free event in partnership with The Growth Hub Forest of Dean next month.

Apprentice engineering a road to a bright future

A Gloucestershire apprentice who left school last summer is already a keen advocate of the apprenticeship route to employment.

Professor Julie Ingram will draw on her research in her inaugural public lecture on sustainable agriculture at University of Gloucestershire next week.

Gloucestershire College is holding open events for its university level courses in July.

Apprentices are now just as likely to come from affluent areas as poorer ones, following Government reforms five years ago.

Student-led action has resulted in an ecological boost to University of Gloucestershire campuses, with 105 native trees planted.

A University of Gloucestershire graduate has been named as a Teacher of the Year at the 2021 Australian Education Awards.

The next generation of heritage tradespeople, helping to preserve the country’s rich history, have been recognised at a graduation ceremony.

Free digital learning sessions and workshops will be available on board the DigiBus in the Stroud district over the next few weeks.

Gloucestershire College has a number of apprenticeship vacancies available around the county.

Researchers at University of Gloucestershire have won 500,000 euros for a project aimed at improving knowledge exchange between rural businesses across Europe.

How to improve your sales approach workshop

A free sales workshop for business owners, senior leaders and managers is being held in the Forest of Dean.

Apprenticeships at University of Gloucestershire have received a Good rating on all aspects, in their first inspection by Ofsted.

A Hartpury professor has received praise from organisers and delegates after his keynote speech at a Ramadan conference in Birmingham.

Supporting progress in the construction industry

Gloucestershire College is holding an open evening at its Gloucester campus in May.

Cotswold District Council has launched a programme to support young jobseekers between the ages of 16 and 25.

A student who took on his grandmother’s small herd of pigs has been awarded this year’s prestigious John Innes Foundation Bursary.

The chairman and founding director of CyNam will discuss the support it gives the regional business community, at a webinar hosted by University of Gloucestershire.

Staff and students at SGS Berkeley Green UTC are celebrating being a 'Good' school, following the school’s first ever Ofsted inspection.

Public lecture on what we can learn from Nelson Mandela

A University of Gloucestershire public lecture will examine what fast-growing cities can learn from Nelson Mandela’s South Africa in the post-apartheid era.

Gloucestershire Constabulary is looking for volunteers passionate about their local community, who are willing to step up and help.

University of Gloucestershire film and television production graduates were among the winners at the Royal Television Society (RTS) West of England Students Awards 2022.

University of Gloucestershire is collaborating on a project to empower young people in Cheltenham to take positive sustainability action from school into their careers.

Digital skills training in the Cotswolds

Free digital learning sessions and workshops will be available on board the DigiBus around the Cotswold district over the next two weeks.

Six boys to one girl in many areas of computing education

Girls are now outnumbered six to one by boys across computer science classes, according to new research by the professional body for information technology.

Poorly protected farming businesses need to take the threat of cyberattacks seriously, due to the damaging follow-on effects on the rest of the supply chain.