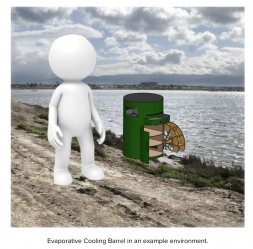 A team representing Gloucestershire College and the University of the West of England has won a top student engineering prize.

Gloucestershire College currently has a range of apprenticeship vacancies around the county.

The hair and beauty department at SGS College’s Stroud campus is set to feature in a documentary.

Find out about opportunities at Gloucester Services

Find out about the jobs on offer at Gloucester Services at the Redwell Centre in Matson tomorrow (July 13).

Gloucestershire College is the first college in the country to switch to 100% renewable energy, after more than 3,000 solar panels were switched on last week.

The RAU has achieved excellent results in this year’s National Student Survey (NSS).

A University of Gloucestershire student has been awarded first place.

Hartpury has been named as the number one English Mainstream University in the ‘Teaching on my Course’ category.

Sue Ryder is facing the worst recruitment challenge in its 65-year long history.

As Pride Month draws to a close, the 2022 UEFA European Women’s Football Championship is set to be an exemplar of LGBTQ+ inclusion.

University of Gloucestershire’s Dr Adeela Shafi MBE was a key speaker at the international launch of the Active Games for Change programme.

Graduates are able to command their highest salaries for six years, as employers struggle to fill vacancies.

GCSEs are over for the year and Cirencester College is holding an open evening next week.

Tyler is a business administrator apprentice at Hub8 in Cheltenham.

University of Gloucestershire student Holly McCann is thrilled that her work is being showcased at the 2022 World Illustration Awards.

University experts to share research at community event in Stroud

The Countryside and Community Research Institute (CCRI) based at University of Gloucestershire is co-hosting a special community event in Stroud.

The county council’s cabinet is to be asked to approve receiving £2.6 million of funding from the Education and Skills Funding Agency for adult education.

Everyman Theatre sponsor, Investec, is funding a range of education projects, to enable the Cheltenham theatre to expand and develop its outreach work.

‘Apprenticeships give the best start in life’

St Edward’s School in Cheltenham has been recognised for its outstanding progress.

St Edward’s School in Cheltenham has been awarded the highest honour from High Performance Learning.

June for jobs at Gloucestershire Jobcentre Plus

More and more employers are turning to their local jobcentre for expert help matching jobseekers with their vacancies.

Renishaw recruits for over 140 UK roles

The Scale Up 4 Growth Gloucestershire (S4GG) programme has announced more workshops for the county this summer.

The number of four-day week jobs advertised has soared over the past year.

Azets Gloucester is holding a recruitment open evening on June 16.

The DigiBus heads for the Forest

Free digital skills training will be on offer at locations across the Forest of Dean over the next month.