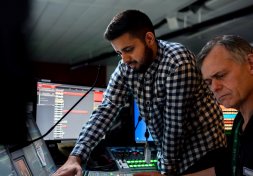 Cheltenham’s Economic Recovery Task Force has launched a new survey of employers to understand how apprenticeships can support business recovery.

T Levels: A practical alternative to A Levels

As results day approaches, students across the county will be considering their next steps – and it doesn’t have to be A Levels!

Make a difference to elderly people in the county

Lilian Faithfull Care is looking for people to join its team of over 420 staff.

Bill promises right to flexible working from the start

A bill that proposes to give workers the right to flexible working from the first day of employment has received wide cross-party support.

Ribston Hall High School is set to say farewell to two of its longest standing members of staff as they head into retirement.

It has won the award by empowering students to tackle pressing global issues.

Gloucestershire College has revealed the brand new cyber and engineering facilities at its Cheltenham campus, part of the West of England Institute of Technology.

Apprentices from Renishaw, representing Gloucestershire College and UWE, were named runners up in the Engineers Without Borders competition.

Queens Hotel in Cheltenham is holding a recruitment day this Friday (9th July).

The University of Gloucestershire is joining forces with a German university to establish an institute for cyber security and digital innovation in Germany.

Gloucester’s Unilever ice cream factory in Gloucester is opening its doors to local young people with a new traineeship programme.

The Cotswold Challenge for young entrepreneurs

Students in years 11-13 with a great idea for a product or service have just a week left to enter The Cotswold Challenge.

Researchers from the University of Gloucestershire have joined forces with a new charity centre to investigate how hydrotherapy and other treatments can help disabled people.

Health Education England has invited the University of Gloucestershire to its national conference in July where the university will run a workshop alongside Lilian Faithfull Care.

#LaptopsForLearning receives huge boost thanks to global IT company

An international IT services company has donated 50 laptops to schools in Cheltenham, with the No Child Left Behind charity and local IT company Infrastar.

Are you a farmer or innovator who wants to make sure your product sells?

Gloucestershire College is delighted to be the first college in England to offer a degree apprenticeship recognised by the National Cyber Security Centre (NCSC).

A SGS College scheme to help young people with disabilities into work is looking for more employers to offer placements around the county.

AccXel will bring diversity into construction

A brand new construction training centre in Gloucestershire is set to bring diversity into the industry in the county and beyond.

A new Hartpury University master’s degree is the first of its kind in the UK, tailored to enhancing therapy and rehabilitation treatment for riders, whilst prioritising the welfare of horses.

Apprentices at Poeton Gloucester will have the opportunity to be among the first to undertake a brand new NVQ specific to the surface treatment industry.

Food supplies could be at risk this summer, according to Logistics UK, without urgent support for the logistics industry.

Gloucester-based Tayntons has a range of vacancies for solicitors and legal executives, for candidates ranging from six months PQE to a head of department.

Two Royal Agricultural University students have used their time during lockdown to come up with a business idea, which has secured them a £2,500 investment.

Gloucestershire College has around 200 Kickstart vacancies available to young people in Cheltenham, Gloucester and the Forest of Dean.

£2.6m boost for community and adult skills in Gloucestershire

Later this month, Gloucestershire County Council’s cabinet is set to approve a £2.6 million boost for adult and community learning in the county.

Enterprising students have applied the knowledge gained on business management programmes at Hartpury University to support a lifesaving charity.

Study for IT degree in Cheltenham

Why move across the country, when you can study for your degree locally with one of the UK's top 30 universities for computer science?

Two organisations at the forefront of Gloucestershire’s cyber-tech ecosystem have formed a partnership to supercharge growth of the sector.

The Institute of Directors (IoD) is recruiting a new chair to lead its South West region, as the current chair comes to the end of his term this autumn.

Ever wondered what it’s like to work at National Star, or what sort of jobs are available?

With so many people out of work following the pandemic, sadly the fraudsters are looking to cash in with fake job ads.

New ground breaking research is underway at Hartpury University to enhance the health, welfare and milk production of dairy herds and inform best practice in the industry.

As the UK prepares to fully ease lockdown restrictions, CyNam, has announced the full line-up for its next virtual event, on Thursday (10th June).

Barnwood Construction has a number of apprenticeship vacancies available.