Kingsholm Stadium opened its gates last night to scores of business people from the county who had no roof over their heads for the night.

No, it was not a reflection on a sudden dramatic change of fortune for some of Gloucestershire's finest - this was a fundraising and awareness raising event, and it was about homelessness.

Organised by the Cheltenham charity CCP (caring for communities and people), which works to tackle homelessness and help families county-wide, the event saw business people across Gloucestershire bed down beside Gloucester Rugby's famous Shed stand.

And their fundraising efforts netted tens and thousands of pounds and rising for the charity. 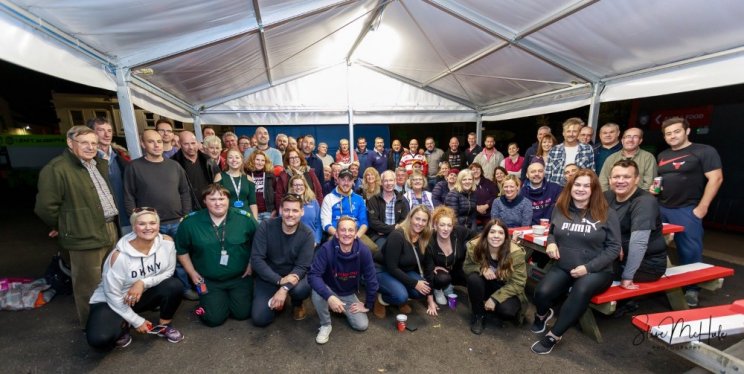 "You only get a little taste of what it must be like to sleep rough. But it is hard enough for one night. 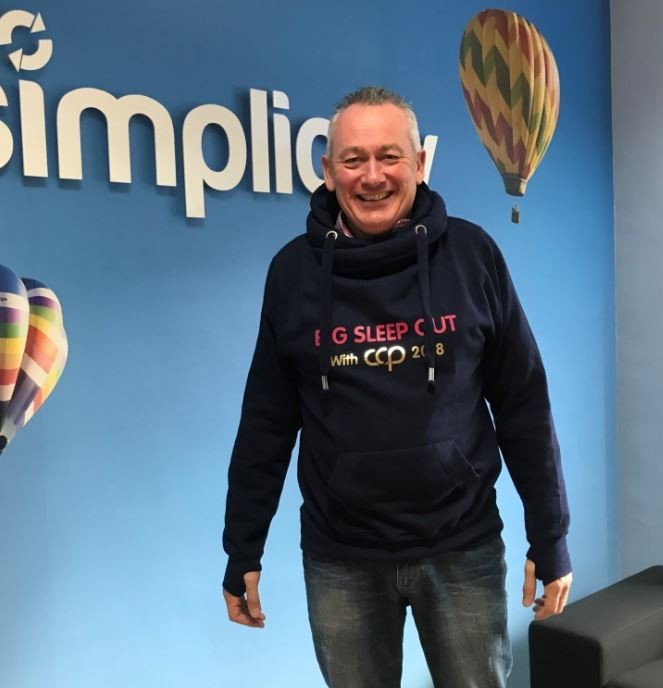 How people do it night after night I don't know," said Jonathan Viney, a director of Forest of Dean headquartered Simplicity, who had an early start in the morning helping host the company's charity golf day at Brickhampton.

"I believe the CCP can now help quite a few people in Gloucestershire who would otherwise be without anywhere to stay during our coldest winter months."

Mr Viney's sentiments were echoed by David Owen, one of those who helped dream up the fundraiser.

"Very little sleep, cold, wet from a rain shower and feeling rough today as a result. But, it was just one night and more than 5,000 people in the UK sleep rough every night," said Mr Owen, the chief executive officer of the county-wide business catalyst that is Gfirst LEP.

"This was an idea hatched in the summer of 2017 by myself, Darren Stevens, and Cordell Ray and saw nearly 70 business leaders sleep out to raise awareness of homelessness.

"The £40,000 means this winter homeless people in Gloucestershire can find shelter every night.

"Last night was only a small taste of sleeping rough and nothing like the real thing - it was by no means easy - and it was only one night."

While those who took part 'enjoyed' the relative comfort of sleeping bags and ground mats, they also had the option of a vegan curry cooked by Phil Vickery, former Gloucester and England rugby player, and MasterChef winner, with a little help from Creed Foodservice's very own Chris Creed and in-house chef Rob Owen.

Cordell Ray, the chief executive of CCP, said: "We are really pleased with the response from businesses and the messages they have spread.

"The amount raised is fantastic and will help fund a series of winter shelters from December through to February when the weather can be severe."

Local authorities currently only receive support for helping homeless people under what are called the Severe Weather Emergency Protocol (SWEP) guidelines - which means unless the weather drops below freezing for a sufficient number of nights funding for shelters is not available.

SWEP was set up to prevent deaths of people sleeping rough during winter.

Funds raised from the CCP event will help the county better cater for those most vulnerable and needy people during times when SWEP is not active.

"In February this year, when the weather was very cold 20 people showed up to bed down and we had to turn them away. It is tough," said Mr Ray.

Kevan Blackadder, who runs Cheltenham's BID (business improvement district), also took part: "There are so many different aspects to the homelessness problem. I think what attracted so many people to this event was when they found out what it was all about.

"Hopefully this will help guarantee some help for some of the most vulnerable people in the county."

Sleeping bags used on the night were re-distributed through staff at charity Emmaus direct to current rough sleepers and staff from the charity who had been homeless were on hand to talk to those taking part.

88 sleeping bags donated of our 100 target. Can you get us to 100 today? https://t.co/5ob5PsyOcJ#WorcestershireHour pic.twitter.com/Db8tH8hnIy

Money from the event will be used specifically to provide shelter in Cheltenham, in association with the YMCA, in Gloucester, working with the City Mission, and in Worcestershire working with the Salvation Army.

At the risk of embarrassing him, Cheltenham racecourse boss Ian Renton also took part, raising - so far - and incredible £7,725.

Phil Coley also dropped in to spend the night with the group. Mr Coley is walking the 300-mile county boundary and sleeping rough every night in the hope of raising £3,000 for Macmillan Cancer Support.

His wife, Kirsti, was diagnosed with skin cancer and treated at Gloucestershire Royal Hospital after her diagnosis in June last year.

Stephen Vaughan, chief executive officer, Gloucester Rugby: "We were delighted to play a small part in World Homeless Day by providing the venue for The Big Sleep Out at Kingsholm on Wednesday evening.

"It's a huge issue both locally and nationally and, hopefully, the business leaders of the county who spent the night sleeping outside at the stadium have helped to raise both awareness and vital funds for the charities involved."

To donate to the cause search social media for #CCPBigsleepout and follow the links or click the CCP Big Sleep Out .

According to the CCP the Joseph Rowntree Foundation states

4M of which are children

Reasons for the rises are

• Placing in hotels rather than traditional accommodation

• Families in temporary accommodation for longer

• Lack of availability of permanent accommodation

Half of all homeless young people have no qualifications