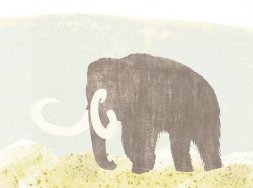 Explore half a million years of local history

‘Ice Age’, a touring exhibition from Museums Worcestershire, opens at The Museum in the Park in Stroud next week.

Blow away the January blues at Cocklebarrow Races

A glorious day of jump racing is in store at the Heythrop Point-to-Point at Cocklebarrow, near Northleach, on Sunday, January 23rd.

An intimate evening of classical music for film featuring the Carducci Quartet and leading classical YouTuber Oscar Osicki is being held at Cheltenham's Bacon Theatre on Wednesday, January 26.

Choir joins 'The Rat Pack of Opera' in Stroud show

Stroud choir The Thames Head Singers will be joining the number one selling classical vocal trio Tenors Unlimited for a memorable show in Stroud later this month.

Flight Club, the award-winning birthplace of Social Darts, has announced it will be opening a brand new venue in Cheltenham on Friday, March 11.

Join Pied Piper at the Races

Looking to watch the Cheltenham Festival with all the atmosphere but without the queues, crowds and cost?

The Barn Theatre in Cirencester has announced the full cast and creative team for their upcoming revival production of Kellen Blair and Joe Kinosian’s award-winning musical comedy Murder For Two.

Broadway Arts Festival is giving the public the chance to snap up original artwork by internationally renowned and emerging artists for as little as £25!

Henning Wehn - It'll All Come Out in the Wash

Watch German Comedy Ambassador Henning Wehn give everything a good rinse and witness him wring sense out of the nonsensical at Cheltenham Town Hall this Spring.

Chance to catch The Shires in Stroud

There's just a handful of tickets remaining to see The Shires at Stroud Subscription Rooms on Friday, January 28.

Gloucester's Battle of the Balls

Gloucester City AFC will be welcoming Rugby For Heroes to New Meadow Park for a Legends charity football match on Sunday, January 30.

Alex returns to hometown to star in Hairspray

Cheltenham's own Alex Bourne is to take the stage as the international sensation Hairspray returns to the Everyman Theatre this month, direct from the West End.

Pull your running shoes on for Sue Ryder

With January seeing many people setting new goals and challenges, one Gloucestershire charity is appealing to local residents to pull on their running shoes and sign up to Run Cheltenham.

The Cheltenham Philharmonic Orchestra warmly invites you to the second concert of their 2021/22 season.

A Gloucestershire gallery is ringing in the New Year with a mix of sculpture, jewellery, books, prints and drawings at a new exhibition.

The one and only Barry Steele is set to put the rock back into ‘The Big O’ as he takes to the stage to celebrate the 85th birthday of this legend in the West End production of ‘The Roy Orbison Story’.

From the producers of smash hit shows That’ll Be The Day and Walk Right Back, comes the ultimate Paul McCartney experience.

Two local mosaic artists are staging a collaborative exhibition of their work at the Corinium Museum in Cirencester.

A city alive with merriment is promised as part of an exciting line-up for the three-day Gloucester Folk Trail music event this February.

The audience at Tetbury Goods Shed are in for a double treat on Saturday, January 15.

The Bacon Theatre in Cheltenham is excited to be kicking off the new year with the first of a trio of award-winning productions from National Theatre Live, bringing the best of British theatre to a local screen.

‘The Greatest Rock & Roll Band In The World’ is a bold statement but Showaddywaddy has lived up to that title for the last four decades!

If you are going to a Beth Nielsen Chapman concert get ready to laugh and cry and, well, just fasten your seat belt.

Fresh air, beer and rugby could make for the perfect day out while raising money for a great cause.